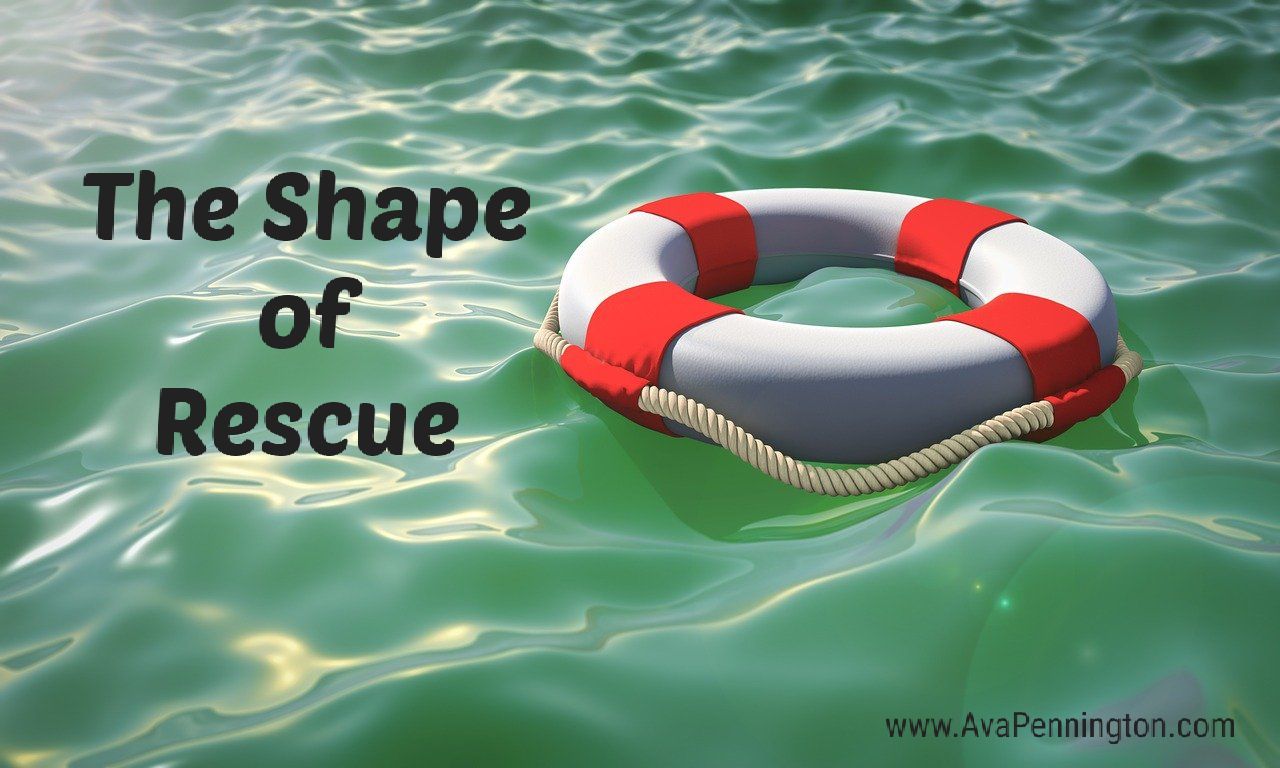 The Shape of Rescue

Rescue doesn’t always appear in the form we expect. That’s because God doesn’t think as we do. He doesn’t act as we do, either. And trouble follows when I expect God to respond based on my understanding of the situation instead of His.

I could be fervently praying for something, only to miss the answer because it doesn’t look anything like what I’m expecting. Or it’s exactly what I need, but not at all what I want.

For example, years ago I wrote a children’s picture book and submitted it to various publishers. The responses were always positive, but not positive enough for the book to actually be published. I concluded God was saying no to this request, because from my perspective a yes could only mean a publishing contract. But a short time later, I met Crystal Bowman, a prolific children’s writer whose rhythm and rhyme flowed like music. We collaborated and she breathed new life into the project. A well-known Christian publisher soon published it.

God’s yes didn’t look like what I originally expected, and I could have missed it if I hadn’t been open to what He was doing. D. Martyn Lloyd-Jones once said, “We must always be prepared for the unexpected when we are dealing with God.”[i]

Consider the response of the early Christians in Acts 12:11-17. Believers had congregated to pray for Peter’s release from prison. But when Peter knocked at their front door, they left him standing outside while they argued about whether it was really him!

The prophet Jonah learned this lesson the hard way. God called him to preach a message of repentance to Jonah’s sworn enemies, the Assyrians. Rather than risk his enemies being spared from God’s wrath, Jonah hopped a ship heading west instead of journeying east in the direction of Nineveh. A violent storm resulted in Jonah close to drowning at the bottom of the sea, pleading with God to save his life. God did save him. But rescue came in a form Jonah least expected: a giant fish swallowed him. Not only did this not fit his idea of rescue, it felt more like divine judgment. In reality, it was a bit of both as God rescued Jonah physically and spiritually.

I saw this principle played out when my husband was diagnosed with terminal cancer. Such a horrid prognosis couldn’t possibly be associated with an answer to prayer, could it? It could, indeed, as this illness became the impetus for him to surrender his life to Christ. Rescue wrapped in the unexpected as he moved from death to life.

As we proceed through this new year—one month already completed!—let’s prepare ourselves for God’s unexpected movements in our life. Pray for answers. For relief. For rescue. Then lay aside expectations of what the answer should look like and receive what the answer does look like. It just may surprise you!

← Prev: Every Day is Special on the Calendar Next: Misconceptions About Love →