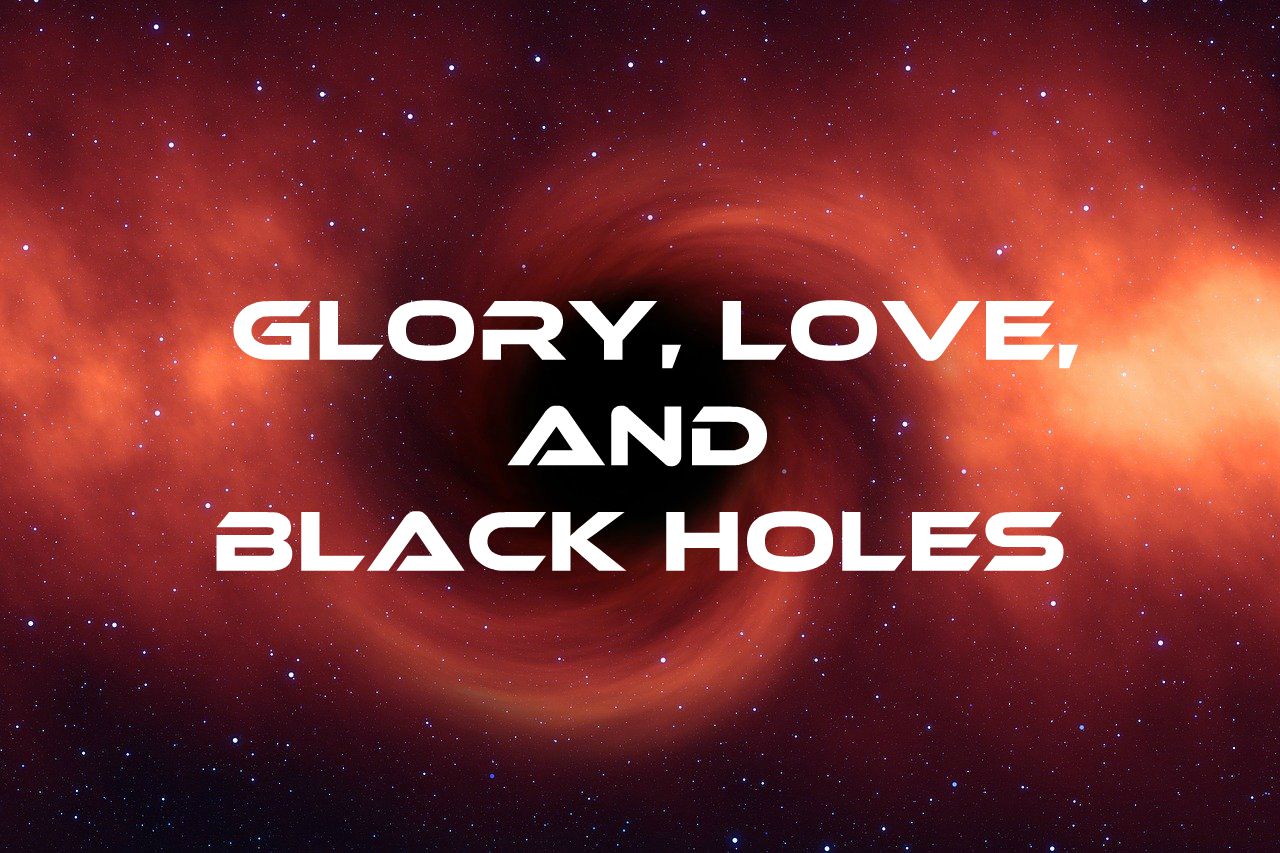 Glory, Love, Black Holes, and the Center of the Universe

Black holes are back in the news. Scientists have discovered a new way to find black holes in our outer solar system.

According to Wikipedia, black holes form when stars collapse at the end of their life cycle. Many astronomers believe black holes exist in the centers of galaxies. Especially intriguing is that a black hole is believed to continue to grow by absorbing mass from its surroundings.

But there’s no need to travel to outer space to find black holes. We can find a similar effect in the lives of many people right here on earth. People who see themselves as the center of their universe. Celebrities who collapse under the weight of the stardom they pursued. And people who seek ineffective solutions as they struggle to prop themselves up with addictions to alcohol, drugs, pornography, and sex. But even as they are collapsing, the gravitational pull draws those closest to them into the same black hole.

Sometimes I wonder if Christians—especially western Christians—have fallen for a similarly misguided perspective. I often hear statements such as, “God doesn’t want me to be unhappy.” And there’s even a popular contemporary praise song that says the reason Christ came to earth was that God did not want heaven without people.

But statements such as those imply we are the center of the universe. Our desires. Our priorities. Carried out to full maturity, this perspective asserts that heaven would fall short if people weren’t in it.

Like an astronomical black hole, our egos easily grow. And we develop a level of self-importance rivaling God for His preeminent position. This kind of thinking fails to consider the very nature of God. He is Yahweh, the eternal l AM—dependent on no one and nothing else. He doesn’t need us; we need Him.

But isn’t God love? And doesn’t the Bible say “God so loved the world that He gave His only Son” (John 3:16)? Absolutely! Then does this mean the reason He created us is to love us? Or was the primary reason for the creation of humanity something else?

In fact, the primary reason for everything God does is something else.

Yet today, all too often we back into this truth instead of starting with it. When we start with God’s glory, everything else, including His love for us, finds its rightful place.

God is love. And He loves us with lavish, abundant love. So lavish that He did not withhold His own Son (Romans 8:32). What a privilege to know He made us for His glory and He loves us for His glory. Most important of all, He is the center of our universe. It doesn’t get any better than that!