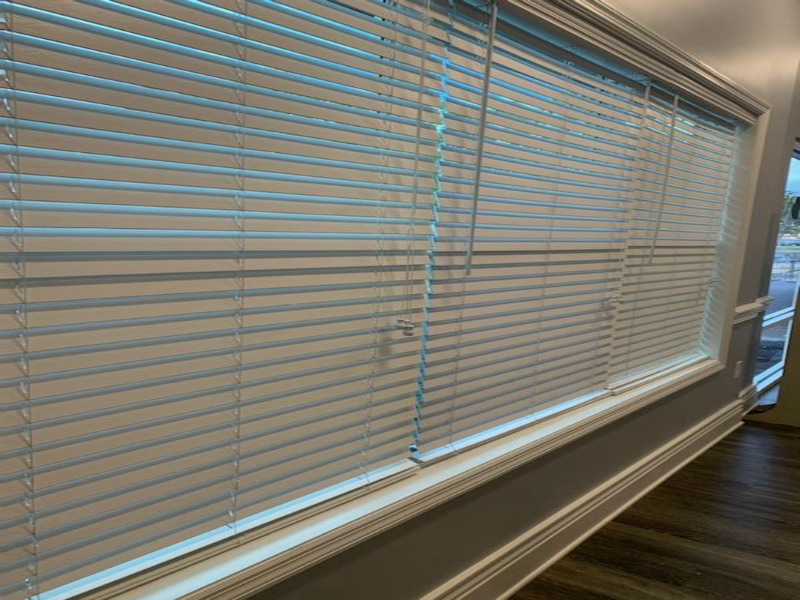 What do window blinds and a cell phone have in common? I learned the answer to that question the other day when God used experiences with both to catch my attention.

The first situation involved my cell phone. I charged it on Wednesday. By Thursday evening, the battery widget continued to show 100%. Hmmm . . . odd, considering I had used the phone multiple times that day. On Friday, the widget still showed 100%. There had to be something wrong, yet I trusted the read-out. Saturday morning, I woke up to a totally dead phone.

That same Saturday, I joined a team of sweet women from my church to serve at our local Care Net center. Our goal was to give the offices a deep cleaning. One of our tasks was to clean the window blinds. Funny thing is, they looked clean . . . until we actually began to wipe the horizontal slats with wet rags. Clean? Not even close!

I wondered at the double lesson that day. And I was convicted.

What do people see when they look at me? Do they see the real me? Or do they see what I want them to see: someone who looks good. A person with all the cracks filled and hidden and the dirt swept under the proverbial rug.

But looking good isn’t the same as being good. My phone appeared powered for two days while behind the read-out, the battery power steadily ebbed away. And those window blinds appeared clean until we reached out to actually touch them.

Like my phone and those window blinds, the truth will out. The false report of the widget did not negate the dead battery in my phone. And the murky water in the cleaning bucket attested to the layer of dirt clinging to those seemingly clean slats.

Sooner or later, the real me will show. Looking good isn’t good enough. Will others see authenticity? Someone who is transparent about her times of temptation or discouragement? Will they see someone who is real?

I’m reminded of Jesus’s strong rebuke of the Pharisees—the religious leaders of His day:

Ouch! Appearing righteous, but filled with hypocrisy and lawlessness. I don’t want that to be a description of me. There’s only one way to prevent this. The apostle Paul wrote of our need to be “transformed by the renewal of your mind” (Romans 12:2 ESV). And that transformation follows the verse which calls us to “present [our] bodies as a living sacrifice” (verse 1). Only God’s Holy Spirit working in and through us will achieve the transformation we seek so that we not only look good, we are good.

← Prev: How We Remember the Past Shapes Our Future Next: Glory, Love, Black Holes, and the Center of the Universe →