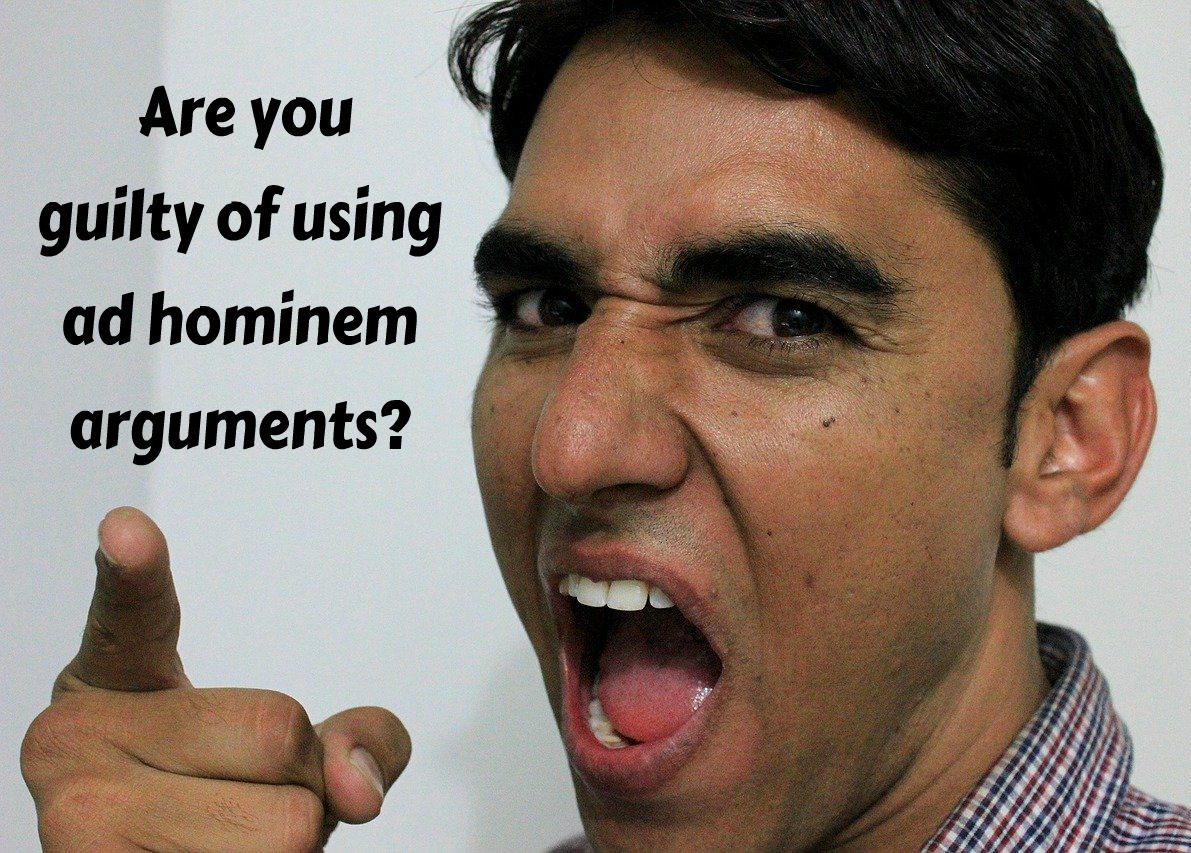 Do You Use Ad Hominem Arguments?

Unless you recently landed on earth from Mars, you know we’re at the height (depth?) of a presidential election season. The United States is a divided nation and the situation will not improve in the next five weeks. Half of the U.S. population is angry at the other half. And the recent debate (I use the term loosely) has only exacerbated the situation. Ad hominem arguments dominate our public discourse . . . if we can even call it discourse anymore.

Have you ever engaged in an ad hominem argument? You probably have and didn’t realize it. And I can almost guarantee you’ve been on the receiving end of one.

Ad hominem refers to attacking a person’s character or motives rather than discussing the merits of a specific position. In our divided country this type of argument has become the norm rather than the exception.

For example, recently a friend participated in a social media “discussion” with several people, all commenting on a political post. Without identifying who said what, this actual exchange stood out to me:

Person #1: “President Trump is wonderful. You Democrats who hate him are unpatriotic and hate America.”

Person #2: “So you have no problem with what the Liar-in-Chief says? Stop name-calling and use facts!”

Did you catch the irony in this exchange? One person makes a personal attack and the other person does the same thing before she complains about it!

Regardless of our personal or political positions, can we please stop the name-calling and start addressing the issues on their own merits?

Ad hominem arguments are not limited to the political realm. Let’s get personal. How often do we make assumptions in our personal relationships about others’ motives, judging them for what we think they’re thinking?

What if we began each day with a commitment to not make assumptions about others?

And what if we applied this commitment to our political discussions? Of course, we can have uncompromising political and moral views. I certainly do. But let’s discuss those views rather than lob vicious attacks at the view-holders.

With only a month to go before the next election, it might be too late to rescue this political season. Still, we have to start somewhere. And today is as good a day as any other. Because if we continue to slice each other to ribbons, there’ll be no one left to pick up the pieces.

← Prev: Glory, Love, Black Holes, and the Center of the Universe Next: The Power of Prophecy →