I recently attended a high school graduation ceremony of a friend’s son. In his commencement address, the pastor told the following joke:

Sherlock Holmes and Dr. Watson decide to go on a camping trip. After dinner and a bottle of wine, they lay down for the night, and went to sleep.

Some hours later, Holmes awoke and nudged his friend.

“Watson, look up at the sky and tell me what you see.”

“What does that tell you?”

Watson pondered for a minute, sure Holmes was once again testing him.

“Astronomically, it tells me there are millions of galaxies and potentially billions of planets.”
“Astrologically, I observe Saturn is in Leo.”
“Horologically, I deduce the time is approximately a quarter past three.”
“Theologically, I can see God is all powerful and we are small and insignificant.”
“Meteorologically, I suspect we will have a beautiful day tomorrow.”

“What does it tell you, Holmes?”

Holmes was silent for a moment, then spoke. “Watson, you idiot, someone has stolen our tent!”

The pastor pointed out that in Watson’s attempt to impress Holmes, he missed what was right in front of him. Then he exhorted the graduates to be careful they don’t make the same mistake.

I thought about his exhortation as I considered the past six months and the impact of my one word for 2016: joy. I blogged about the reasons for my choice earlier this year. 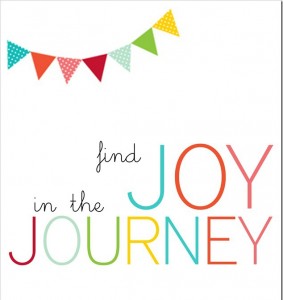 What difference has this word made? The most important difference is that I’ve been more intentional about noticing what’s right in front of me.

The privilege of teaching and writing.

The quiet voice of the Holy Spirit.

The Word of God.

Looking forward to seeing what the next six months bring!

Did you choose One Word for 2016? Share your word…and your progress in the comments!

Looking for Direction?   Life in a sin-sick, broken world has always been uncertain. But lately? Lately, we’ve... 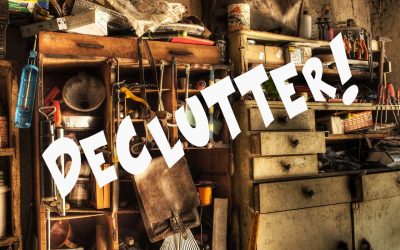 Declutter More than Your Closet!

Declutter More Than Your Closet!   I recently received an alert on my cell phone. Seems I had too many temp files...