2015 is the first year I’ve participated in adopting One Word for the year.

I first wrote about selecting my word in a January blog post.

Now that more than half the year has passed, how has God helped me to apply my one word so far this year?

I can truly say my one word for 2015 – release – is making a difference in how I live and especially in how I respond to negative circumstances.

Sigh. At least, it was making a difference, until…

It all started when a cable company crew dug a trench for a new line originating from the cable box next door. They cut across our front yard through the left and right sides of our property. Right across the buried wire for the electric fence installed to keep our two active boxer pups contained.

I called the main office to file a claim for reimbursement of the needed repair. They opened a claim ticket and promised a telephone follow-up within two weeks.

At the end of three weeks I made a second phone call and learned they had closed out the ticket as unfounded…without calling me. A new claim was opened and they promised a follow-up call within seven days.

Yup, you know what happened. No return call…again.

A visit to the company’s office resulted in a three-hour wait. I was told I’d receive a follow-up phone call within forty-eight hours.

No call back…and my anger intensified.

So I went to the office again. This time they gave me a hotline number to call. That office opened a third claim ticket after telling me the second claim number had also been closed without notification. Now they promised to escalate the claim to the Executive Support Regional Office, but they would not provide the phone number. Someone would call me. Yeah, right.

The Executive Support Regional Office sounded familiar. I searched my files and found the name and phone number of someone I had spoken to in that office for resolution of a problem five years earlier. I called the number and left a lengthy and frustrated message.

While I waited for a call back that I did not expect to receive, I sat at my computer to write a blog post. Let’s see…time for an update on my One Word for 2015. Release. 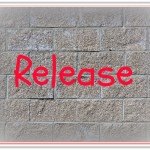 Ouch. I had been in full-on control-and-fix mode. Release had never once entered my thoughts.

As I typed, I justified. Releasing doesn’t apply to this. I just need to stay on their case until they respond.

But I sensed the Lord speaking to my heart. Release your righteous indignation to Me.

They’re the ones in the wrong! Release it to Me anyway.

It’s clearly their responsibility to reimburse me. Don’t you think I can handle this?

Two hours later, the phone rang. The caller introduced herself and I realized it was the same person I had spoken to five years ago. When I mentioned our previous contact, she said the regional employees pick up messages based on availability and the odds of her getting my call again were highly improbable.

Don’t you think I can handle this?

Then the Lord iced the cake. I thanked her and told her I did not believe in coincidences—the Lord was taking care of the situation far better than I could. And she said…wait for it…“Absolutely. And when we’re done, thank Him, too!”

Not only was the problem finally resolved, it was resolved by a sister-in-Christ. 🙂

Release. Just when I think I’ve learned how to live in surrender, I come face to face with my old nature—the one that needs to hold tight to control.

Stay tuned. I have a feeling the rest of the year will bring more lessons!