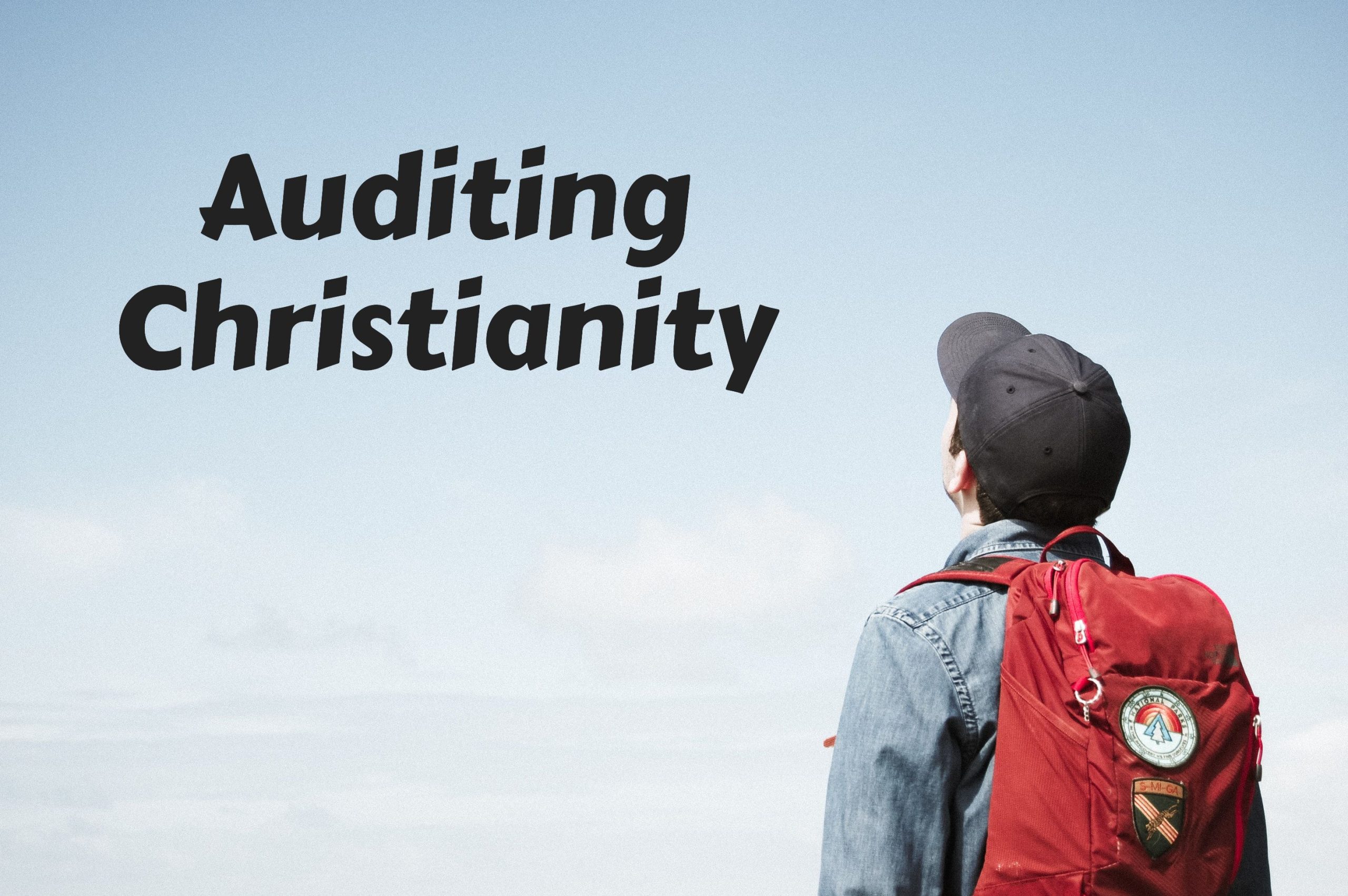 As the traditional school year winds down, the next month or two will find most students studying for finals. Without passing a final exam, they might be in danger of failing the class.

However some students won’t have that concern. They won’t be studying for the final exam because they’re auditing the class. In most cases this means they didn’t need to complete homework assignments or take exams. They weren’t required to participate, and in some cases, didn’t even have to attend every class session.

Auditing can offer benefits to students who want to explore a class subject without being held responsible for doing the work. But what happens when we carry an auditing attitude into our relationship with God?

We don’t want to put in the effort:

The pastor of my church has a practice of dismissing us each Sunday morning with the reminder to not just be hearers of the word, but to be doers of the Word (James 1:22).

It’s easy to sit in church each week, deceiving ourselves into thinking that’s enough to identify as a Christian. In reality, though, we’re just auditing Christianity by hearing the truth but not applying it.

We don’t want to deal with tests:

One of the pleasures of auditing a class is the knowledge that pop quizzes, midterms, and finals are of no concern. No worries and no pressure.

But followers of Christ will face trials and tests. It comes with the territory. The apostle Peter wrote, “In this you rejoice, though now for a little while, if necessary, you have been grieved by various trials, so that the tested genuineness of your faith—more precious than gold that perishes though it is tested by fire—may be found to result in praise and glory and honor at the revelation of Jesus Christ” (1 Peter 1:6-7 ESV).

Christianity doesn’t offer the option of coasting along. When the going gets tough, we can’t run for the nearest exit. Peter went on to write, “because Christ also suffered for you, leaving you an example, so that you might follow in his steps” (1 Peter 2:21). Since Christ suffered, what makes us think we’ll be exempt?

We don’t think we need it:

Students who audit a class often do so because they don’t need the credits to graduate. Can one be a Christian while applying the same attitude to their relationship with Christ? The Christmas and Easter folks who come a couple of times a year think that’s all they need to call themselves Christian.

But Jesus Himself has much to say to those who think they don’t need Him:

“Blessed are the poor in spirit, for theirs is the kingdom of heaven” (Matthew 5:3 ESV).

To be “poor in spirit” is to humbly recognize that our self-sufficiency is not sufficient!

“For you say, I am rich, I have prospered, and I need nothing, not realizing that you are wretched, pitiable, poor, blind, and naked” (Rev. 3:17 ESV).

Auditing may be great for an occasional college class or two, but not when it comes to a relationship with Jesus Christ. Let’s “run with endurance the race that is set before us” (Heb. 12:1 ESV)!

In what area are you tempted to coast or audit Christianity?
What needs to change?

← Prev: Are You "Dating" Jesus? Next: Waiting Fruitfully →