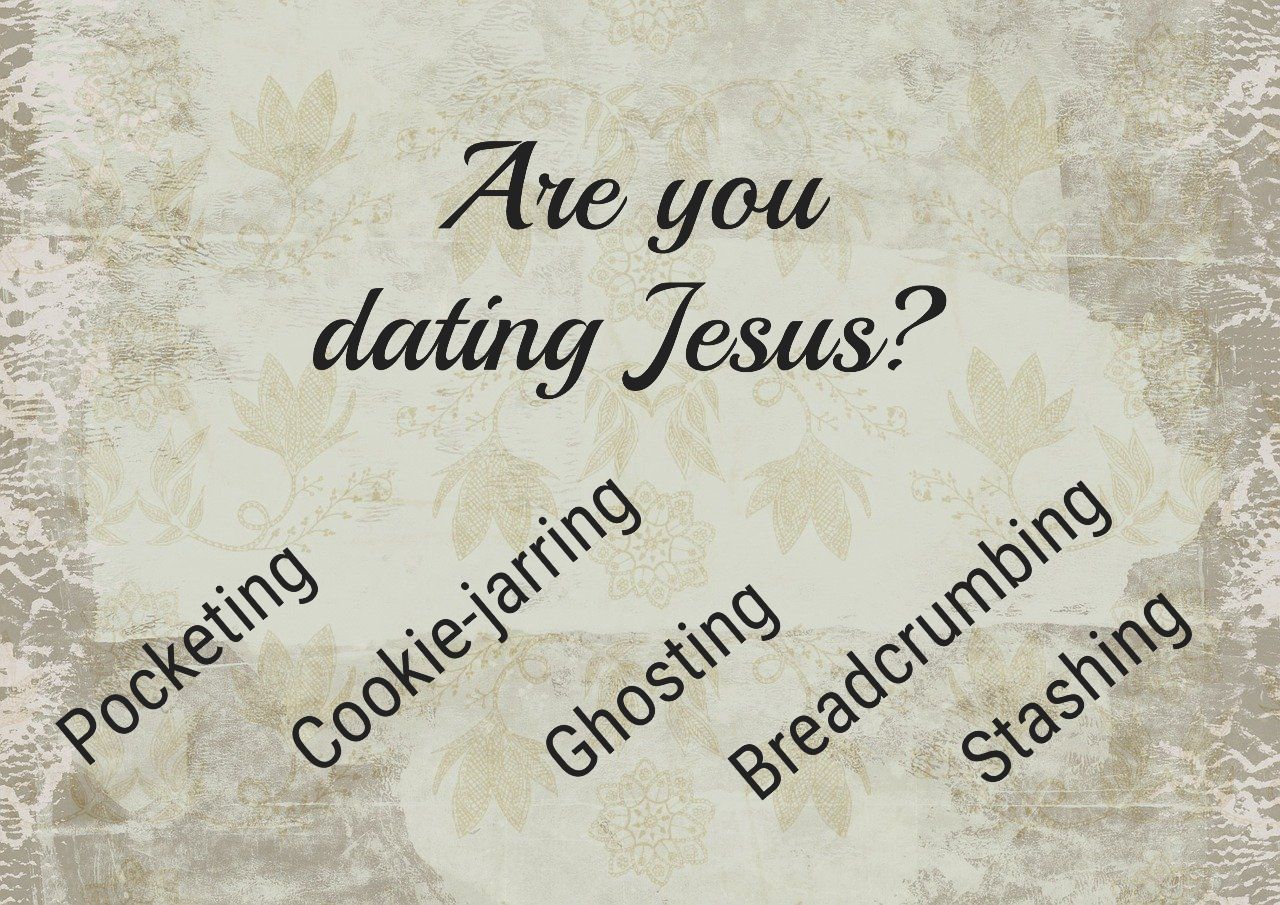 Are You “Dating” Jesus?

Dating relationships today seem to be more complicated than ever before. And it’s almost impossible for me to understand the terms used to describe dating situations without detailed explanations. But the more I learn, the more I can see how these same terms can also describe how some people treat Jesus Christ:

As I noted in a past post, pocketing occurs when the relationship seems as if it’s progressing, but your partner has not introduced you to family or long-term friends. They’re enjoying the fun relationship, but they don’t see a future with you. In the words of the owner of a matchmaking service, “Why get friends and family involved?”

I’ve seen some people “pocket” Jesus. They say they are Christians, but they keep Jesus in a separate compartment in their life. Separate from work, school, or their neighborhood. They might attend church—even weekly—but don’t discuss it outside their church community.

Cookie-jarring occurs when the person you’re dating keeps you as a back-up while they pursue a serious relationship with someone else. They consider their relationship with you to be a practical back-up plan “just in case.” Sort of like keeping the cookie jar full in case you experience unexpected dinner guests and hadn’t planned for dessert.

I’ve seen people “cookie-jar” Jesus, too. They might have walked an aisle at church, or “said a prayer,” thinking this kept them safe in case they died unexpectedly. But nothing changes in their life. Professing faith in Jesus becomes the equivalent of a fire insurance policy kept in a file cabinet, just in case it’s needed someday.

Ghosting is also known as Simmering or Icing. It occurs when the person you’re dating suddenly ends all communication with you, but without explanation. Everything is going along fine, then . . . silence. Crickets. They don’t answer when you call. No text responses. Nothing. It’s as if they’ve dropped off the face of the earth. But they haven’t and you know it, because they’re still interacting with other people you know.

Some professing Christians will “ghost” Jesus if they feel He has let them down. Maybe God didn’t answer a prayer request the way they wanted. Or perhaps a crisis occurred that they thought God should have averted. Whatever the reason, they’re no longer talking to God.

Stashing is similar to pocketing. It describes a dating relationship in which one person intentionally hides the other person from important people in their life—their intimate circle of family and longtime friends, both in person and on social media. While a good reason might exist, such as a poor relationship with family members, stashing can often indicate they are uncomfortable with drawing the other person into their private world.

For a Christian, stashing Jesus could occur when we hold back certain parts of our life from submission to Him as Lord. Those areas might include sources of entertainment or habits we’re reluctant to give up. But as missionary Hudson Taylor noted, “Christ is either Lord of all, or is not Lord at all.”

For some who profess to be Christians, the equivalent of breadcrumbing Jesus could include actions such as checking the “Christian” box on a form for identification without living out this identification. Or perhaps limiting church attendance to Christmas and Easter, and nothing more.

A true relationship with Jesus Christ is not casual dating. It’s intentional. The apostle Paul called it a betrothal: a commitment to enter into a covenantal marriage relationship. One that begins now and extends into forever!

← Prev: Saturday: The Day Between Next: Auditing Christianity →