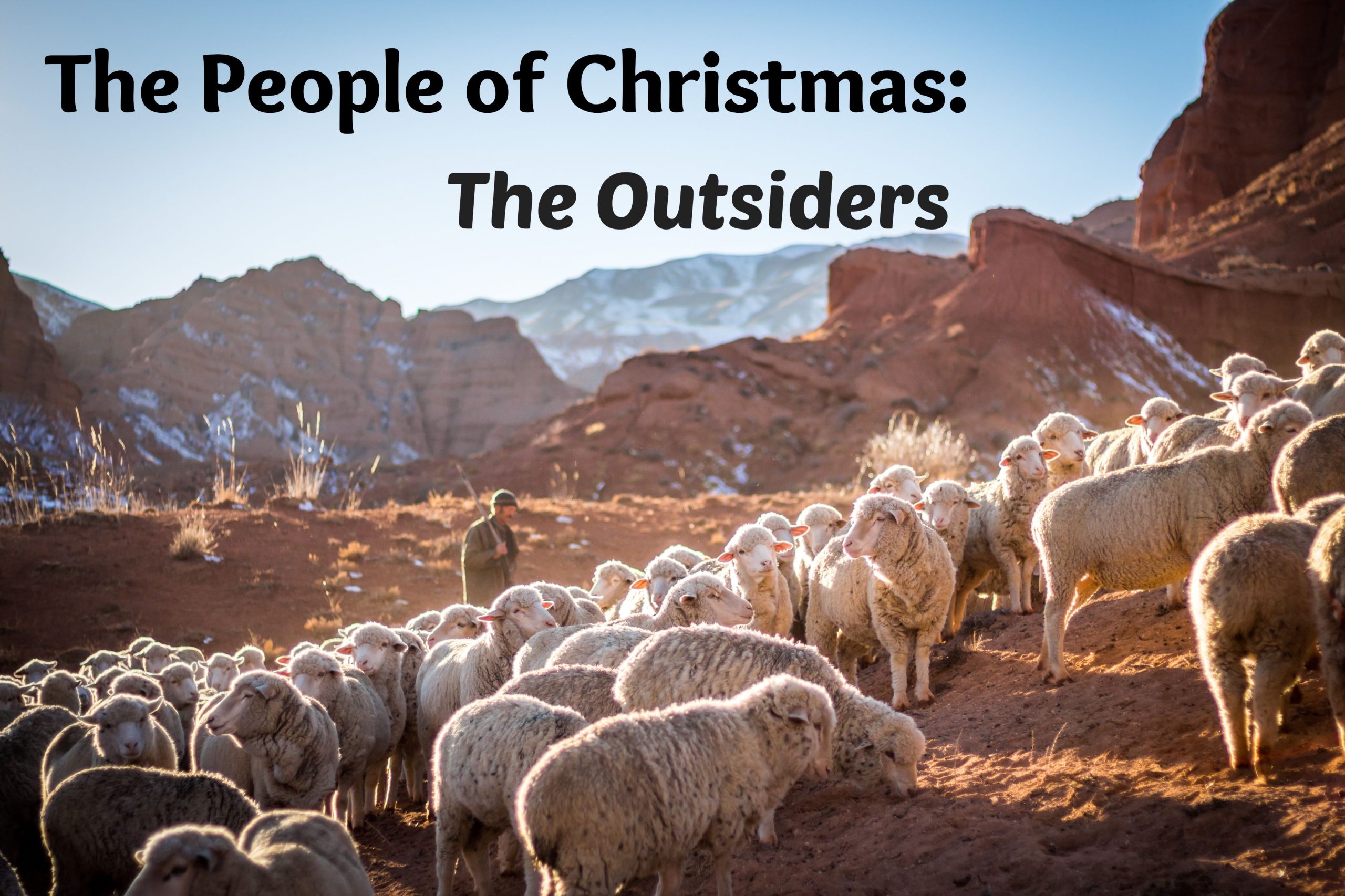 Shepherds fulfilled an important need in ancient Israel. They watched over the flocks—flocks that provided food for the nation’s physical sustenance. And some had the privilege of watching over lambs destined to be temple sacrifices for the worship of Yahweh. An important job, yet no one other than another shepherd would rub shoulders with them, at least not willingly. Outsiders by virtue of the location of their work and outsiders in polite society.

Yet it was to these outsiders that an angel of the Lord appeared with an amazing announcement. The long-awaited Messiah had finally come! The angel even told them where they would find the baby: in a manger, not a palace. The joy they felt when they saw the child then overflowed into joy and praise to God.

It’s one thing for human shepherds to be an outsider in polite company. But have you ever stopped to consider that Shepherd is the name by which The Lord referred to Himself? God the Father was Israel’s Shepherd (Ezekiel 34). Jesus proclaimed Himself the Good Shepherd (John 10:14).

And like the human shepherds, in many ways the Good Shepherd was also an outsider among His people. Israel’s religious leaders rejected Jesus during the three years of His earthly ministry. Jesus had no place in a religious worldview that valued status, ritual, and rules more than a deep, personal relationship with God.

God reached out to the shepherd outsiders two-thousand years ago. He is still reaching out to outsiders today. It’s why Jesus came. It’s why He died.

It’s also why I live…and in this third week of Advent, it’s the source of my joy.

What about you? Is the Good Shepherd the source of your joy? If not, why not?

Veteran’s Day, Armed Forces Day, Memorial Day: What’s the Difference and Why Should We Care?

The Difference Between Veterans Day, Memorial Day, and Armed Forces Day   It seems there’s a holiday for...