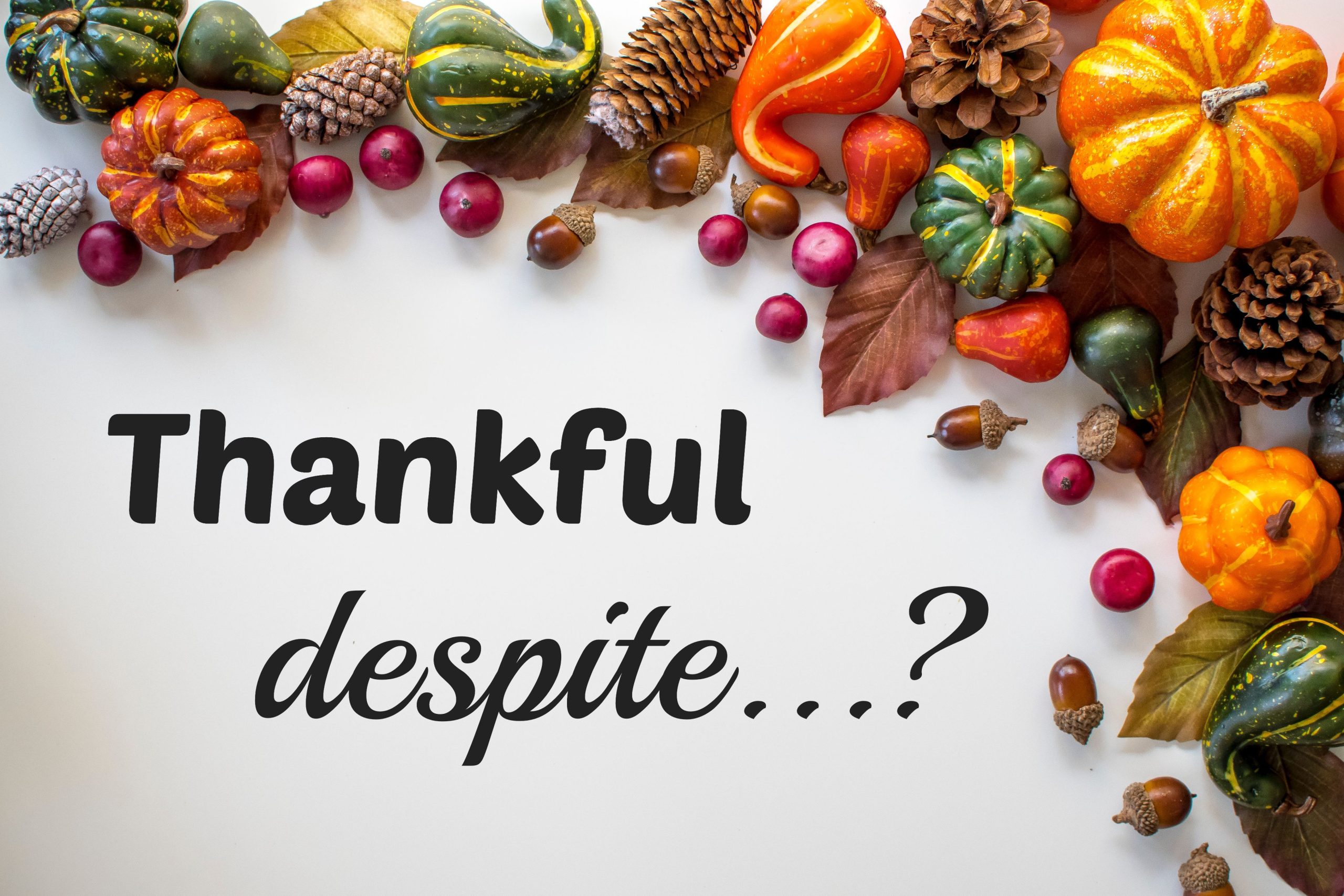 It’s a tough world out there . . . and getting tougher every day. Christians beheaded in Nigeria. Imprisoned in China. Murdered in Afghanistan. And for decades, fellow believers in the United States shook their heads in horror, prayed for their brothers and sisters overseas, and moved on. After all, thankfully the US is a Christian nation, isn’t it?

Or is it? In a near 50-50 split, half the country would disagree. And both the culture and laws of the land are becoming increasingly hostile to the Christian faith. Political and pandemic-related events of the last couple of years have hastened the gradually growing ill will into established animosity.

Not that we want to be ungrateful, but it seems to be getting more and more difficult to find something to be thankful for.

Some say our nation is under God’s judgment. Others believe we can turn things around by electing the right people to lead. Still others are resigned to watching things move from bad to worse.

There’s yet another option: a combination of the above with an additional component.

We could acknowledge our nation’s decline, the Lord’s displeasure at the flagrant disregard of His Word, our lack of being salt and light in our culture and our government, and realize things may indeed grow worse before they get better. And . . . hold on to the assurance that our holy Creator is also a merciful Father with a sovereign plan.

Habakkuk understood this. God had given him a message of judgment for his day. Judah’s enemy, Babylon, would be allowed to be God’s instrument of judgment. The godless society Judah had adopted would be crushed by an even greater godless nation. But judgment would not be the end. Although the current generation would not see God’s mercy, future generations would.

This hope kept Habakkuk’s faith alive and enabled him to write:

Though the fig tree should not blossom, nor fruit be on the vines,
the produce of the olive fail and the fields yield no food,
the flock be cut off from the fold and there be no herd in the stalls,
yet I will rejoice in the Lord; I will take joy in the God of my salvation.
God, the Lord, is my strength; he makes my feet like the deer’s;
he makes me tread on my high places.”  ~ Habakkuk 3:17-19

Habakkuk could be thankful and rejoice despite his circumstances. Despite the godless culture that would bring judgment. And despite the deprivations he and his people would soon face.

Yes, thankful despite. Because Habakkuk’s joy was not rooted in circumstances. It was rooted in the assurance of God’s character and God’s salvation. And that assurance enabled him to navigate tough conditions like a deer climbing in high, rocky places.

What about you and me? Are we willing, like Habakkuk, to see past the current situation to the future God has for us? A future framed by His goodness and salvation. And if the answer is yes, are we willing to share this good news to encourage more people to enter into thanksgiving and hope despite . . .?

← Prev: National Absurdity Day Next: The People of Christmas: The Trusting →