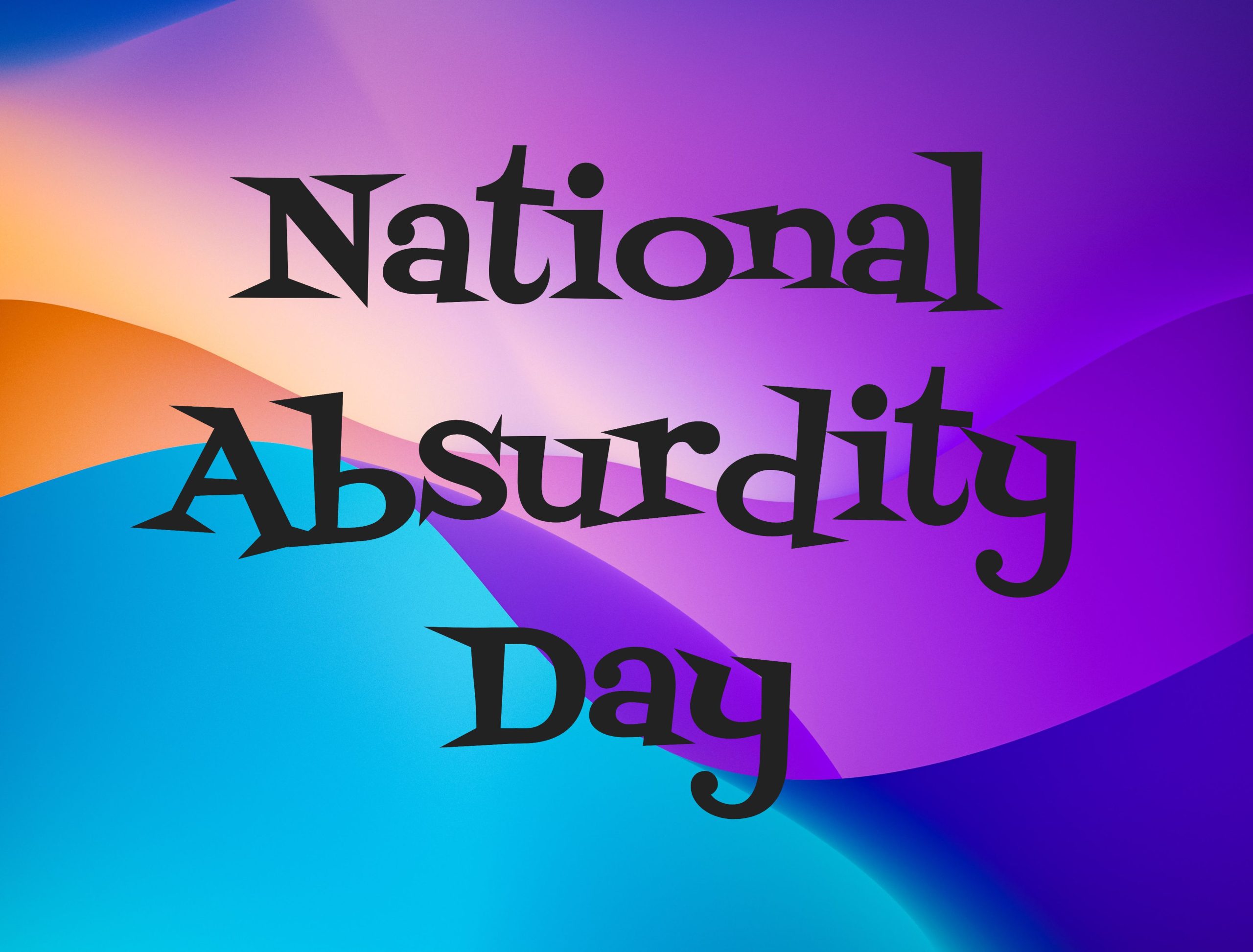 According to NationalDayCalendar.com, “this day was created . . . to recall and note some of the entirely off the wall and ridiculous things in history, in our country, and our lives.”

This might have been an entertaining idea when life was generally logical and orderly. A time when the distinction between right and wrong was clearly defined. Setting aside a day to recall and remark on the ridiculous can be a fun distraction.

We can laugh at these examples of absurdities. However, other examples are not so mundane. Our culture now declares beliefs once accepted as the norm to be absurd.

Those who hold such “old-fashioned” values are, at best, viewed as irrelevant. At worst, we’re viewed as dangerous, bigoted people hostile to reasonable progress.

As a result, holding opposing views from our culture often gets us into hot water. For example, my worldview is based on the Bible. So, adding that to my understanding of anatomy, I would say it’s absurd for us to try to change the gift of sexual orientation given to us at birth. We are who God intended us to be. Or consider another absurdity: crane eggs in a nest enjoy protected status, but human babies in the womb don’t.

In a world where the absurd has become the rule rather than the exception, National Absurdity Day seems to be an absurdity in itself. What began as humorous entertainment has evolved into an indictment of our culture.

So how do we communicate with those who view us as irrelevant and absurd? Perhaps we can start by consistently walking in integrity. We lose our credibility if we quote Jesus (“love your enemies”), then curse a politician we didn’t vote for. Or when we talk about moral absolutes, then lie about being sick in order to take a day off from work.

Is it unfair that we live in a fishbowl under the prying eyes of people eager to condemn us for being intolerant? Maybe.

Then again, it’s downright absurd for us to expect others to respond to the gospel if our attitudes and actions don’t line up with what we claim to believe. The way we respond to those who hate us, or at least, who don’t agree with us, may mean the difference between the gospel viewed as an absurd oddity or an amazing offer.

National Absurdity Day may be just the reminder we need.

StumbleUpon
← Prev: Veteran's Day, Armed Forces Day, Memorial Day: What's the Difference and Why Should We Care? Next: Thankful Despite . . .? →

National Tell the Truth Day   Has telling the truth become an exception? Or is it simply entertaining? The...