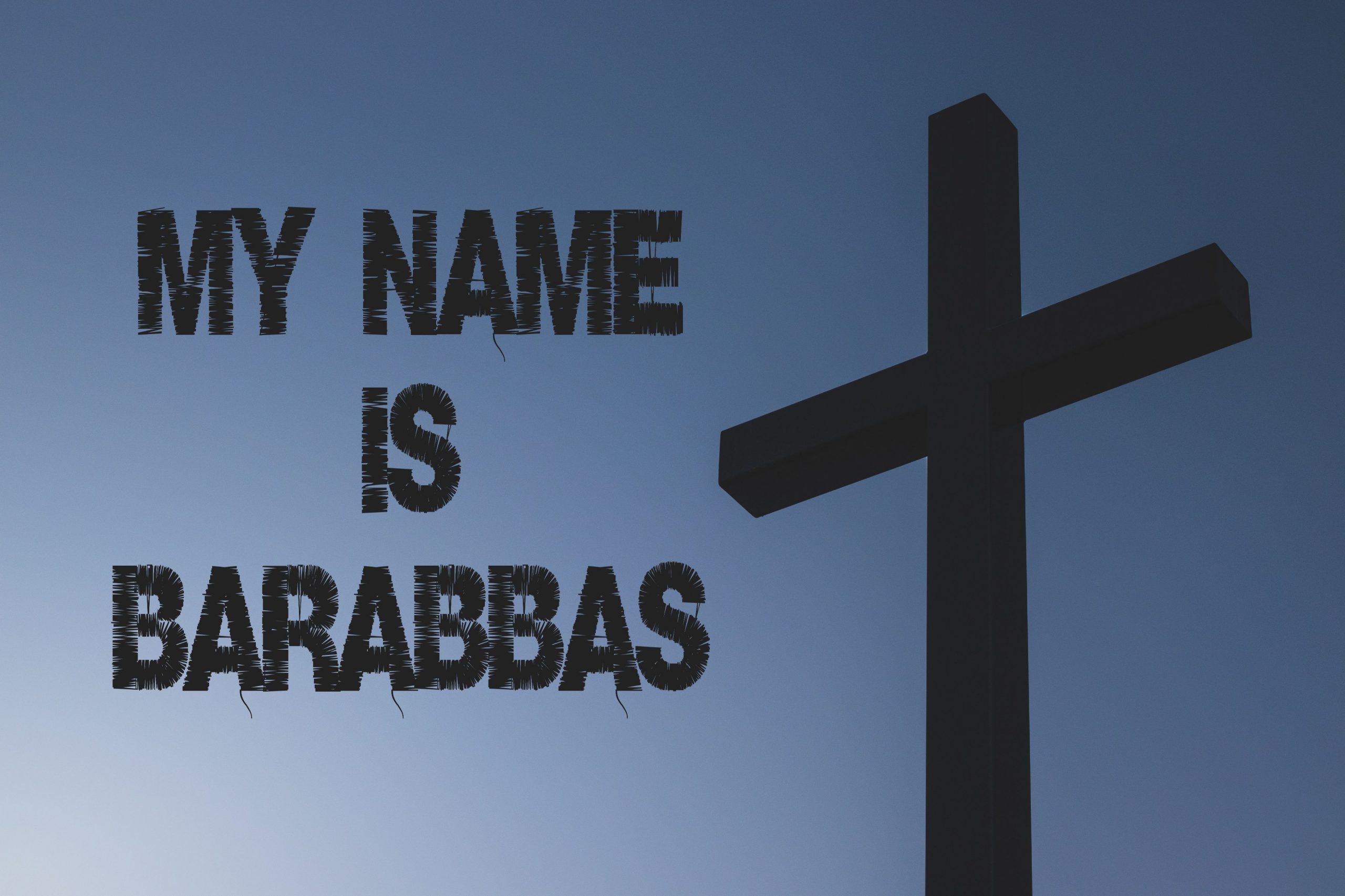 My Name is Barabbas

He was a rebel and a murderer. Condemned to die without any chance of appeal. He was guilty and he knew it. Then when it appeared all hope was gone, reprieve arrived in the form of another chosen to die in his place (Luke 23).

I have been a rebel. And though I have not physically murdered anyone, Jesus said those who are angry with or scorn their brother will also be judged. My sin brought me the judgment of death, but another died in my place (Rom. 6:23).

My name is Barabbas.

He knew the prisoner in front of him had done nothing worthy of execution, yet gave into the crowd demanding Jesus’s death. Then he tried to absolve himself by washing his hands and declaring himself innocent of Jesus’s blood (Matthew 27:24).

I have tried to “cleanse” my sin with good works, as if doing good would somehow outweigh and override the death I deserve. But nothing I could do would earn God’s favor because His salvation is a gift (Eph. 2:8-9).

My name is Pilate.

He was the high priest, charged with being the intermediary between the people of Israel and the holy God to whom they belonged. Yet he presided over an illegal trial in the middle of the night to condemn the innocent Jesus to a criminal’s death.

I have presented myself as a religious teacher, seeking the praise of men, behaving in ways that contradict the very Word I teach.

My name is Caiaphas.

From my vantage point two thousand years later, it’s easy for me to judge these people of the Easter story. Until I remember that, apart from the grace of God, I am no different from them. I am them.

No, I was them, but no longer. Today, I am no longer Barabbas or Pilate or Caiaphas. Today I am a daughter of the King, because Christ took my sin on Himself and clothed me with His righteousness (2 Cor. 5:21).

Can you say the same thing?

← Prev: National I Am in Control Day Next: Dry Clouds →