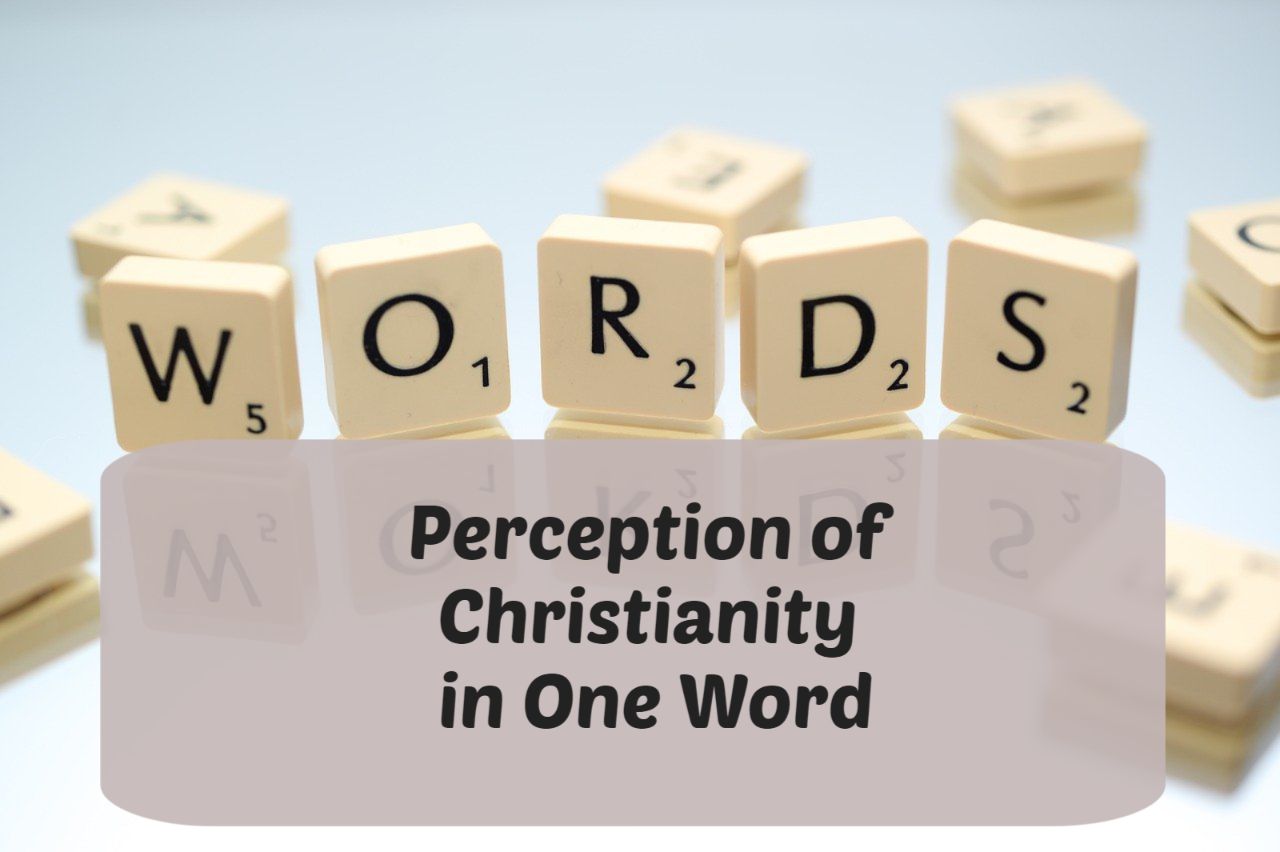 Perception of Christianity in One Word

This is the time of year when “one-word” posts begin appearing. You may be familiar with them—you may even select one word for yourself as a focus for the new year. It’s something I began doing a few years ago.

But this post is not about a word for the year. It’s about other words. Words people who are not Christians use to describe those who are.

“NON-CHRISTIANS: respond with ONE word. what do you associate with Christianity? just one word, any word.”

The responses were overwhelmingly negative. But the reason for their negativity is what struck me. Many of the comments recounted hatred, judgment, and even abuse from Christians—whether family, acquaintances, coworkers, or strangers. Their responses broke my heart.

But the person who wrote the original post countered with, “i mean.. i’ve never seen Jesus. all people have to go on is what people say and do in his name, so.. here we are!” (I quoted it just as she wrote it.)

She’s right. William J. Toms once said, “Be careful how you live. You may be the only Bible some person ever reads.” The Twitter comments appear to support his observation; comments reflecting a perception of Christianity that is sadly both negative, and in many cases, well-deserved.

My heart aches at the “Jesus” nonbelievers see in many of us these days. Confrontational, demanding our rights, accusatory. Most of all, I’m amazed when we’re judgmental toward nonbelievers who behave like nonbelievers. Without the Holy Spirit to free them from slavery to sin, why should we expect anything else? And as the apostle Paul noted, apart from Jesus Christ, we were no different (I Cor. 6:11).

Surely there’s a way for us to “speak the truth in love” (Eph. 4:15) in a way that does not compromise what we believe, yet communicates compassion for those who don’t know better. And we can do that without condoning unbiblical behavior. But sadly, “hate the sin, love the sinner” has morphed into a cliché dripping with condescension, instead of a reminder to show the love of Christ to those who are slaves to their sinful nature.

Yet, when we cut through the trite smugness, we discover a kernel of truth. After all, isn’t this what our heavenly Father did for us? He hated sin so much so that He was willing to have His Son die on our behalf to pay its penalty. And He loved sinners so much so that He offers this payment as a gift that needs only to be accepted.

My heart’s cry in the coming year is that if others take offense at my Christian beliefs, their offense is a reaction to the gospel itself rather than my own failure to live according to what I claim to believe. May our lives stimulate descriptions of Christianity and Christians to include words such as humble, gracious, loving, patient, joyful, and kind.  Whether they realize it or not, the world is desperate to see the light of Christ shining in the darkness. It’s not enough for the Church, as an institution, to do good deeds, if Christians, as individuals, present a different picture of the Jesus we love . . . and who loves them. We can change their perception of Christianity, one person, and one word, at a time.

Summer Memories: Love’s Journey   This week marked a sad anniversary for me, but also reminds me of precious memories....

A New Perspective   Vision problems can be scary. One friend’s husband may be facing a diagnosis of macular...