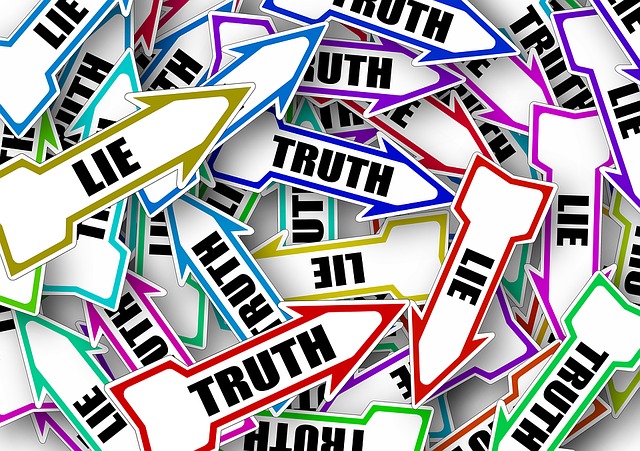 Stories are told of children traumatized when they learn Santa Clause and the Easter Bunny are not real.

But what about the lies we believe as adults? Some are obvious, some not so much.

I recently read an article about a woman who watered a plant for two years before she realized the plant was plastic. Plastic! She posted on her social media, “I feel like these last two years have been a lie.”

Now in her defense, it was a succulent plant. They’re slow-growers and they feel rubbery to the touch anyway. And before you question her awareness, several people commented they’ve done the same thing.

In another situation, I learned about a friend who had a bowl of realistic-looking grapes set on her kitchen table. They looked so good that another friend plucked one and popped it in his mouth. He chewed and chewed and discovered it was—you guessed it—plastic!

Sigh. We’re so easily fooled, aren’t we? You and I might not have watered a fake plant or eaten a plastic grape, but we’ve done other things based on a false understanding of the truth.

We may be stuck believing a lie we tell ourselves about our relationships such as, “It’s my responsibility to make everyone happy.” The truth is, people-pleasing can be insidious as it sneaks in. It causes us to think our worth is dependent on the happiness of those around us.

Many people are believing a lie about God—the lie that “Good works will earn my place in heaven.” But the truth is, we’ll never have enough of our own righteousness to earn heaven. The Bible tells us Jesus Christ died to give us His righteousness. It’s on the basis of His sacrifice that we can come to God and have Him welcome us as His child (John 1:12). That’s the only way.

Sadly, some don’t want to believe what the Bible says about salvation. Yet they don’t have an objective basis for their own conclusion. Are good works the standard for eternal life just because we want them to be? And if so, who decides the minimum standard? How many good works are good enough?

That’s the thing about believing a lie. Sooner or later the lie is revealed for what it is. Truth will always prevail. When it comes to a restored relationship with God, however, when do you want to come face to face with the truth—now or when it’s too late to act on it?

Have you caught yourself believing a lie?
How did you feel when you learned the truth?