When Hurricane Irma blew through south Florida last September, we were fortunate not to sustain damage to our home. But the natural environment did not fare as well. Trees toppled all around us. Hurricane force winds snapped off branches and uprooted trees. Root balls sometimes 6 feet across lay upended on top of the ground instead of underneath it.

Many trees died. Some are still hanging on, shadows of their former, vibrant selves. Still others, with human assistance, have been replanted, pruned, and nurtured, and are now thriving.

But all that pruning cost us something. It cost us in time and labor. And in our efforts to save some of the landscaping surrounding us, other landscaping died. 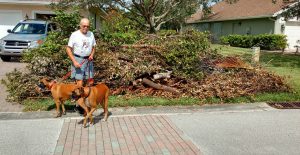 We piled tree trunks and branches on the curb for collection. The final mound of dead foliage was 6 feet high and wide, and 15 feet long. By the time it was all picked up, we had an equally large patch of dead grass in our lawn. Five months later, it’s smaller, but still distinctly visible. 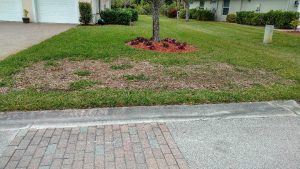 It goes the other way, too. How many friendships have I walked away from over the years, because the weight of the other person’s words brought death to my spirit instead of life?

Someone once said, “Be careful of your words. Once spoken, they can be forgiven, but not forgotten.” 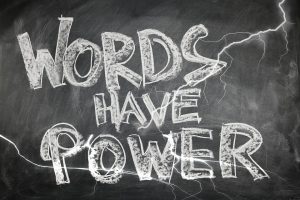 So true. I confess to having rehearsed hurtful words, long after I claimed to forgive the person who spoke them. Their words pierced my heart, arrows that found their mark, long after the sender may have regretted speaking them. I said I forgave, but I said it from a distance.

Or perhaps we are the ones consumed with regret for words spoken in the heat of the moment. We attempt reconciliation with the other person, but even years later, their hurt is still raw and they choose remoteness rather than reconciliation.

Of course, healthy boundaries are important. If the other person won’t acknowledge their responsibility for the damage they’ve caused, then it’s not wise to continue the relationship at the same level of intimacy. God calls us to forgive unconditionally, but restoration and reconciliation are processes that may or may not occur.

Still, what if you and I were more careful of the words we speak? What if we stopped those words before we spoke them, instead of asking forgiveness after they leave our mouth?

Winston Churchill once said, “We are masters of the unsaid words, but slaves of those we let slip out.”

The writer of Proverbs observed, “There is one whose rash words are like sword thrusts, but the tongue of the wise brings healing” (Proverbs 12:18 ESV), and “Death and life are in the power of the tongue” (Proverbs 18:21 ESV).

It’s easier to maintain a good relationship than to have to repair it. To that end, I want my words to be gracious, even when I’m hurt or angry. It’s worth it because people are worth it. People created in the image of God and people for whom Jesus Christ died.

I know I can’t do this in my own effort. I need the Holy Spirit’s work in my life to strengthen me in this area. So today, my prayer is, “Set a guard, O Lord, over my mouth; keep watch over the door of my lips!” (Psalm 141:3).

Will you join me in that request?