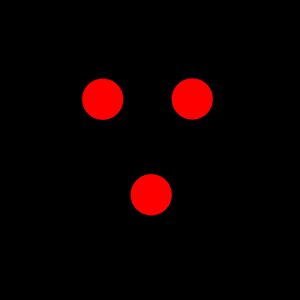 I feel sorry for them.

I’m talking about “pro-choice” supporters. The ones who say the baby in the womb is not a baby, it’s just a clump of cells. Then along comes science—the same discipline they often quote with abandon—and it proves them wrong. Again.

Their latest ideological defeat came in the form of a British study. The results revealed fetuses—(I prefer to say preborn babies) respond to face-like images.

In this study, they projected lights onto the uterine wall of pregnant mothers in their third trimester. Then, using ultrasound, the study determined the babies in the womb responded to three lights patterned in a triangle that mimicked a face. The babies turned to look at the facial pattern more often than when the same triangular light pattern was turned upside down.

“We have shown the fetus can distinguish between different shapes, preferring to track face-like over non-face-like shapes,” said psychologist Vincent Reid of Lancaster University in the United Kingdom, a co-author of the study.

Now I’m no scientist. Still, I’m fairly certain a mere “clump of cells” would not be able to differentiate between a triangular facial light pattern and the same number of lights flipped upside down.

Far too often, our culture paints Christians as ignorant, fanatical people who deny reality in favor of a nebulous, blind faith. I’ve said it before and I’ll say it once more: there is nothing blind about biblical, Christian faith.

Time and again, science affirms the Bible, including:

(For detailed descriptions of each of these items, check out the Institute for Creation Research.)

It’s time Christians stop believing the lie that science contradicts the Bible. There is not one scientific discovery, scientific law, or archaeological discovery that disproves the Bible. What about evolution, you might ask? It’s a theory, not a proven scientific fact. Because when it comes to science and the Bible, true science will always affirm Scripture.

And that’s why I feel sorry for those who have been disappointed by their science yet again.

Note:
If you have experienced the heartache of abortion, please contact your local crisis pregnancy center. For locals on the Treasure Coast of Florida, check out Care Net’s abortion recovery services or contact the Confidential Abortion Recovery Experience (C.A.R.E.) via their hotline 772-249-2473 or email 249.C4RE@gmail.com. You will receive confidential, non-judgmental emotional support to help you move on.