These days there seems to be no end to scandals. Celebrity scandals and political scandals. Corporate scandals and sports scandals. From the original “gate”—Watergate in the 1970s—to the Patriots’ Deflate-gate in 2015. From Josh Duggar to Jared Fogle. From Volkswagen to Ashley Madison. The list goes on and on and on.

But one thing they have in common is that in each case, secrets were leaked. Despite the reputations and financial fortunes at stake, the truth won out.

Two thousand years ago, Jesus Christ was born of a virgin, lived a sinless life, died a painful death, and rose from the dead. His resurrection is a historical fact. Yet, there are some who claim it never happened. That the disciples made up a story after smuggling the body of Jesus to an unknown location.

But these same uneducated, fearful disciples braved persecution because of that story…and they turned the world upside down in the process.

Would they have been willing to die for something they knew to be untrue? Doubtful.

Even in the off chance this was, indeed, a massive conspiracy, who would die for something they knew to be a lie? And how long would this rag-tag group of men be able to keep a conspiratorial secret, especially at the expense of their lives?

Surely the religious establishment of Jesus’ day, along with the Roman government represented by Pontius Pilate, had a vested interest in proving the existence of a conspiracy. With the resources of these two recognized authorities, how reasonable is it that they could not recover a body if there was one to recover? 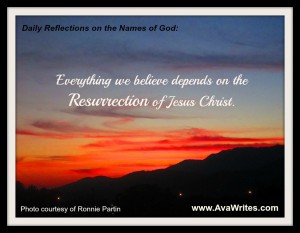 So, 2,000 years later, why is there such a concerted effort to deny the Resurrection? Perhaps it’s because the Resurrection confirms the deity of Jesus Christ. After all, no other person can make such a claim. It confirms He can, indeed, provide salvation to all who seek refuge from the penalty, power, and presence of sin. And if Jesus really is God, He has the right to forgive those who believe in Him and judge those who don’t.

Taken a step further, if the Bible is right about the events of His first coming—including the Resurrection—this provides credibility for the prophesies about His second coming. But make no mistake, when He returns, He won’t come back as a sacrificial Lamb. He’ll return as the conquering King.

What reasons do you have for either believing in Jesus’ resurrection or not believing?
How confident are you about the evidence for your position?

← Prev: Thursday - A Day of Betrayal Next: Panama Papers and the Bible →