This year, it’s the Panama Papers, a scandal exposing those caught in the web of greed.

Adultery and greed. Neither one is unusual in our culture. And neither one is much frowned upon by those who consider themselves movers and shakers, elite decision makers who walk the halls of corporations and government.

Except the tentacles of the Panama Papers scandal reach far beyond our own culture and government. The scandal is so-named because the leaked papers are from a Panama law firm that set up shell companies and offshore accounts—secret, of course—for powerful individuals around the world. 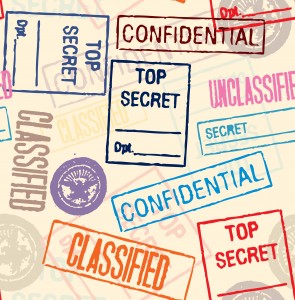 The numbers paint an imposing picture:

The prime minister of Iceland has already resigned.

The Kremlin has issued a statement noting that, while associates of President Vladimir Putin are referenced, Putin is not mentioned by name.

FIFA, the international soccer association and organizer of the World Cup competition, is in the spotlight as several of their leaders have been indicted and arrested.

Closer to home, even Hillary Clinton’s campaign manager has ties to the scandal. That’s not something her campaign needs as she continues to seek the Democratic presidential nomination.

Politics aside, this newest scandal proves the credibility of a book long dismissed with contempt by almost all those implicated. This one verse sums it up quite accurately:

Although written several thousand years ago, it’s a statement still true today. Whether you’re an unemployed street sweeper or a powerful executive, sooner or later the truth will be revealed and consequences will be levied for every wrong thing ever done.

You and I might think we’re “safe” in taking our secrets to the grave. Still, even the grave is not the end. Every secret hidden in the dark will be brought into the light.

Don’t carry the weight of your secrets into eternity. Lay your burden at the cross and enjoy the freedom forgiveness brings.

← Prev: Secrets and the Resurrection Next: What Are You Living For? →