I recently returned from a writers’ conference in Estes Park, Colorado, nestled in the majestic Rocky Mountains. When we checked in, our guest packages included a flyer titled, “Be Bear Aware.”

The flyer is standard issue to all guests because apparently some folks have unwisely left food outdoors or in vehicles, attracting bears…and I’m not talking about Yogi. 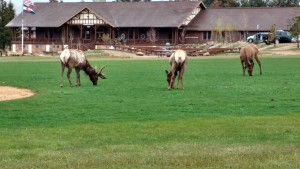 The same flyer cautioned guests against getting too close to the elk that ambled the property. To quote the warning, “These elk will allow humans to get way too close before reacting to the intrusion…a human invading an elk’s space can be seriously injured. Elk often won’t give you a clue that something is about to happen, they will just charge.” 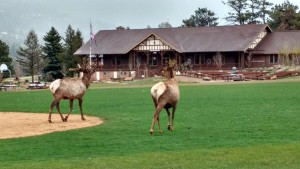 I initially wondered at the need for such warnings. After all, isn’t it common sense to keep our distance from wild animals?

It should be, but sometimes common sense is in short supply.

Last week, two tourists in Yellowstone National Park decided a baby bison needed to be rescued from the cold weather. So they placed it in their car and drove to the nearest ranger station. I kid you not. The baby bison had to be euthanized because the herd would not accept it back and it kept approaching people and vehicles.

Wild animals are wild. They are not meant to be treated as domesticated pets. This should not need to be spelled out, yet here we are.

There’s another lesson in this for us. You see, the same warning applies to sin. Treat it as if it were a wild animal.

Don’t get too close.

Don’t ask “How close can I get without getting hurt?”
Instead, ask “How far can I move away to avoid being burned?”

Don’t think because it initially appears docile that it’s not a threat.

Don’t think you can control it because you’re smart or talented.

Wild animals will turn on you in a split second…and so will sin.

That minor temptation will morph into a prison of guilt and shame.

That small habit will transform into a ruthless slave master.

That secret sin will grow into an overpowering addiction.

← Prev: A Mother's Job Description Next: What Makes a Christian Company? →