Comic book aficionados may remember the Superman storyline that introduced readers to Bizarro World. The inhabitants of Bizarro World lived according to a code based on the opposite of everything done on earth. Bizarro people would say the strangest things, such as:

Us hate beauty. Us love ugliness!
or
Us hate nuts. Us love shells!

Perfection was a crime on the planet Bizarro. What we would consider to be insults were compliments to them.

For the past week or two I feel as if l’ve been transported to Bizarro World.

When I read the Sunday newspaper two weeks ago, I noticed a TV guide insert that highlighted recommended television programs. A quick glance revealed several program summaries that left me shaking my head in disbelief….

Us love the devil. Us hate God!
Us hate truth. Us love deception!

That was on a Sunday. The next day, a grand jury indictment made national headlines. The grand jury had examined documented evidence of Planned Parenthood selling baby body parts. But instead of indicting Planned Parenthood, they indicted the investigators who exposed these horrors.

How is it possible for one to buy something if the seller is not selling?

The result might have something to do with the fact that a member of this same District Attorney’s office just happens to be a board member of the Planned Parenthood affiliate under investigation.

Us hate justice. Us love injustice!
Us hate life. Us love death! 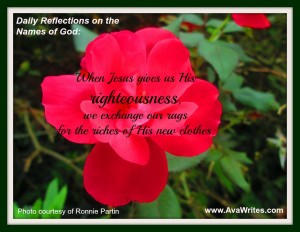 “Woe to those who call evil good and good evil, who put darkness for light and light for darkness, who put bitter for sweet and sweet for bitter….who acquit the guilty for a bribe, but deny justice to the innocent.”

Even the inhabitants of Bizarro World would be confused.

← Prev: Measuring Time Next: Love is Painful, But Worth It →