My mother said it so often when I was a kid that I’d roll my eyes as soon as I heard the first two words. I knew what would follow as sure as I knew my own name.

I wish Robert Dear had learned that lesson at his mother’s knee.

For those who aren’t familiar with his name, Robert Lewis Dear is the man who attacked a Planned Parenthood clinic in Colorado Springs last month. Authorities noted that, in custody, he had rambled about “no more baby parts.” His apparent concern over the atrocities occurring at Planned Parenthood locations seems to be the motive for the attack. He is charged with killing three people and wounding nine others.

Dear has since called himself “a warrior for babies.”

Which brings me to one of my mother’s favorite adages. Two wrongs don’t make a right. The fact that someone has done something wrong doesn’t give us the right to respond in kind.

At least, that’s what Jesus taught.

Remember the account of Jesus in the Garden of Gethsemane? When the guards came to arrest Him, Peter drew a sword…and drew blood. But Jesus stopped him and healed the injured man.

Please don’t misunderstand me. I have no doubt that in the name of health, Planned Parenthood deals in death. It breaks my heart, because the parents will be dealing with the effects of their decision to abort for decades, apart from the healing that only Jesus can bring.

Is Robert Dear a Christian? I doubt it, despite his public stand against abortion. True believers in Christ don’t kill those who disagree with them. We love them. 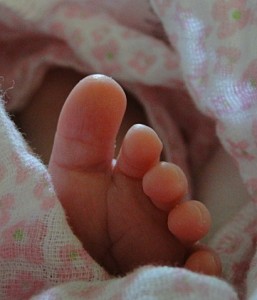 Which is why I so appreciate crisis pregnancy centers such as Care Net. You see, it’s not enough to be against abortion. What the world needs to see is the fruit of our moral position. In the case of organizations such as Care Net, staff and volunteers serve in practical ways to meet the needs of women and couples in crisis.

By doing so, more than a life is saved. Two lives are saved—mother and baby. A marriage is strengthened. A family is encouraged. A community is blessed.

And it’s all done without anyone firing a single shot.

← Prev: They're Saying "God Isn't Fixing This" Next: The Hallmark Halo →