Christians are dying for their faith around the world.

According to Open Doors USA, a missions organization supporting persecuted Christians around the world, “2014 will go down in history for having the highest level of global persecution of Christians in the modern era.”

As reported by the Washington Post, Open Doors noted a total of “4,344 Christians were killed for faith-related reasons between Dec. 1, 2013 and Nov. 30, 2014—more than twice the number killed during the same period the previous year.”

In February of this year, ISIL beheaded 21 Egyptian Christians in Libya. In April, al-Shabab militants killed at least 148 non-Muslims at Garissa University College in Kenya.

Awareness of the suffering and martyrdom of fellow believers around the world floods us with grief. For many, should it ever become necessary, it also instills in us a desire to die as nobly and faithfully as they have.

But how can we die faithfully if we are so easily distracted from living faithfully? Living and dying for Christ – which is more difficult? Especially in the United States, it seems more difficult to live for the Lord than to die for Him.

Attend church every Sunday?
But that’s my only day to sleep late.

Serve in the nursery?
That’s not the ministry for me.

Lead a Bible study group?
Giving up two mornings a week is too much to ask.

Need more sleep? Retire an hour earlier the night before.
Nursery isn’t your ministry? No problem. What is your ministry?
Two mornings a week too great a sacrifice? Only if we forget Christ’s sacrifice for us.

Of course, not everyone can serve in these or other ways. But all of us can do something. Uphold others in prayer. Write notes of encouragement. Fold bulletins. Something.

Sadly, there may come a time when some will have to stand before the Lord and say,

“I was ready to die for You.
But living for You was just too inconvenient.”

May God—and Christians who have died for their faith—forgive us. 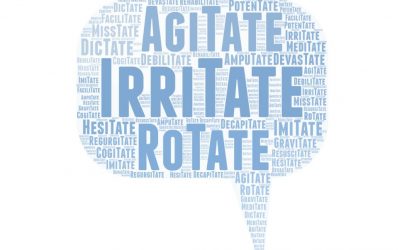 Meet the Tate Family Been thinking about organizations that depend on volunteers. Whether it’s your church, Bible...