This week we said a painful goodbye to our second rescue boxer, Romer. Like his sister, he died just shy of his eleventh birthday.

As we mourn his absence, I can’t help but wonder if we will see our pets again. I wrote about this in a blog post two years ago, when we said goodbye to Romer’s sister, Lacy. Here is most of that post:

After all the painful goodbyes, will there ever be another hello?

I know what I’d like the answer to be. I’d like to know I’ll once again enjoy the company of the animals that have brought such joy to my life on this earth. I’d like to believe the mistreatment some animals have suffered at the hands of cruel humans will somehow be recompensed with something much better.

That’s what I’d like to know. What I do know is that God is good…all the time. And all the time, God is good. So what does this mean for our pets?

The Bible is an extensive account of God’s dealings with humanity. It tells us what we need to know to be in a restored relationship with the One who created us. But there are things the Bible does not tell us. One of the things it does not spell out for us is what happens to animals when they die.

Now, I know Jesus did not die for the animal kingdom. He died for people. And I know many Bible scholars say heaven is for humans, not animals.

But I also know the Bible says “the creation was subjected to frustration, not by its own choice” and that it “will be liberated from its bondage to decay and brought into the freedom and glory of the children of God” (Romans 8:20-21 NIV). Does “the creation” include animals?

Isaiah 11:6-9 mentions animals being present in the millennial kingdom. Wolves, lambs, leopards, goats, calves, and lions. Cows, bears, oxen, and cobras. When Revelation 21:1 speaks of the “new earth,” many Bible scholars believe this restored creation will be everything the Garden of Eden was before sin entered the world. And the Garden had animals.

Still, there is a difference between animals in general and our pets in particular. Lions will someday lie down with lambs, but that doesn’t mean little Lacy will someday romp celestial fields with me. Then again, it doesn’t mean she won’t.

Bottom line? We can conjecture all we want, but our opinions don’t really matter. What matters is that God is good all the time, and whatever He does will be right…for us and for the animals we love. 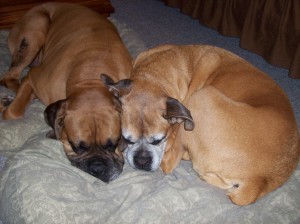 Time to Shed My Snake Skin

Time to Shed My Snake Skin   I found an unwelcome surprise outside my front door a few weeks ago: a...

Wildlife has been especially wild lately. Although June is barely two weeks old, a decapitated rattlesnake bit a Texas...

Seasons of Life, Jumping to Conclusions, and Worry

When we relocated from the northeast to Florida, one of the things we missed most was the change of seasons. Native...