Do you know who Colonel Harland David Sanders was?

I’ll give you a few hints…white suit, string tie, white goatee, southern charm, and the originator of a secret blend of eleven herbs and spices. Ah, you’ve got it now—the founder of Kentucky Fried Chicken, now known as KFC. But did you know that he was more than just a KFC marketing icon? 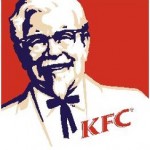 While you may recognize the Colonel as a real person, more than half of a surveyed group of 18 to 25 year olds believe Colonel Sanders was a figure created by Madison Avenue marketers to represent KFC. They did not know he actually founded the company, and the white suit was not a costume, but his daily garb until he died in 1980.

Does this really matter? Perhaps not much. However, what does matter is that this is another example of the blurring between fact and fiction.

The first is The Da Vinci Code, a novel written by Dan Brown. The bestseller has sold more than 80 million copies and has been translated into 44 languages. It also helped to revive debate over the possibility of an intimate relationship between Jesus and Mary Magdalene – a relationship that has no basis in historical fact. Yet many people read this novel – a work of fiction –  as true.

The second example is another popular novel, this one written by William P. Young, entitled The Shack. In it, the main character encounters the triune God in the form of an African-American woman, a male carpenter, and an Asian woman. Some Christian readers castigate it for being irreverent in its manifestation of the nature of God. Others praise it for blessing their relationship with the Lord. Trouble can occur, however, when readers mistake fiction for truth as they determine their beliefs about who God is.

The third example is the Bible. For many, the Bible presents the opposite problem. People read the truth of the Bible, and dismiss it as fiction – ancient fairy tales created for simple minds in a simpler time. But the Bible is non-fiction. Its words are true and relevant to us today.

What about those who don’t believe the Bible is God’s Word? How do we address those who say that, at best, the Bible is filled with historical and scientific inaccuracies? That’s easy.

Archeological discoveries have repeatedly verified the historical accuracy of the Bible. Such finds have included the advanced civilization of Ur in Abraham’s day (Genesis 12), the collapse of Jericho’s walls (Joshua 6), and the power and influence of the Hittite nation mentioned throughout the Old Testament, but unknown in modern history until 19th century discoveries.

When it comes to science, no teaching in the Bible violates scientific laws. In fact, 2000 years before Christ, Job noted that the earth hung suspended in space (Job 26:7), while his contemporaries  in other cultures claimed the earth rested on pillars or on Atlas, who carried the earth on his back. PIC In the area of biology, scientists now know that four distinguishable cell structures support four kinds of flesh, while Paul clearly stated this fact in his letter to the early Corinthian church (I Corinthians 15:39). Any supposed discrepancies between science and the Bible occur when unproven scientific theory is claimed to be fact.

Finally, the Bible has been proven trustworthy in its prophecies. From Ezekiel’s description of Tyre’s destruction to Daniel’s visions of succeeding empires to the prophecies of Christ’s life and death, the Bible has shown itself to be reliable – without exception.

People may be confused about other books, but there is no reason to be confused about the Bible. It is non-fiction: true, reliable, trustworthy, and relevant. As writers and teachers, we need to be sure of this for ourselves before we try to influence others.

What book(s) have you read that seem to blur the line between fact and fiction?
How do you determine the truth about what you read?

StumbleUpon
← Prev: Money CAN Buy You Happiness! Next: Cathy Concludes in the Comics →