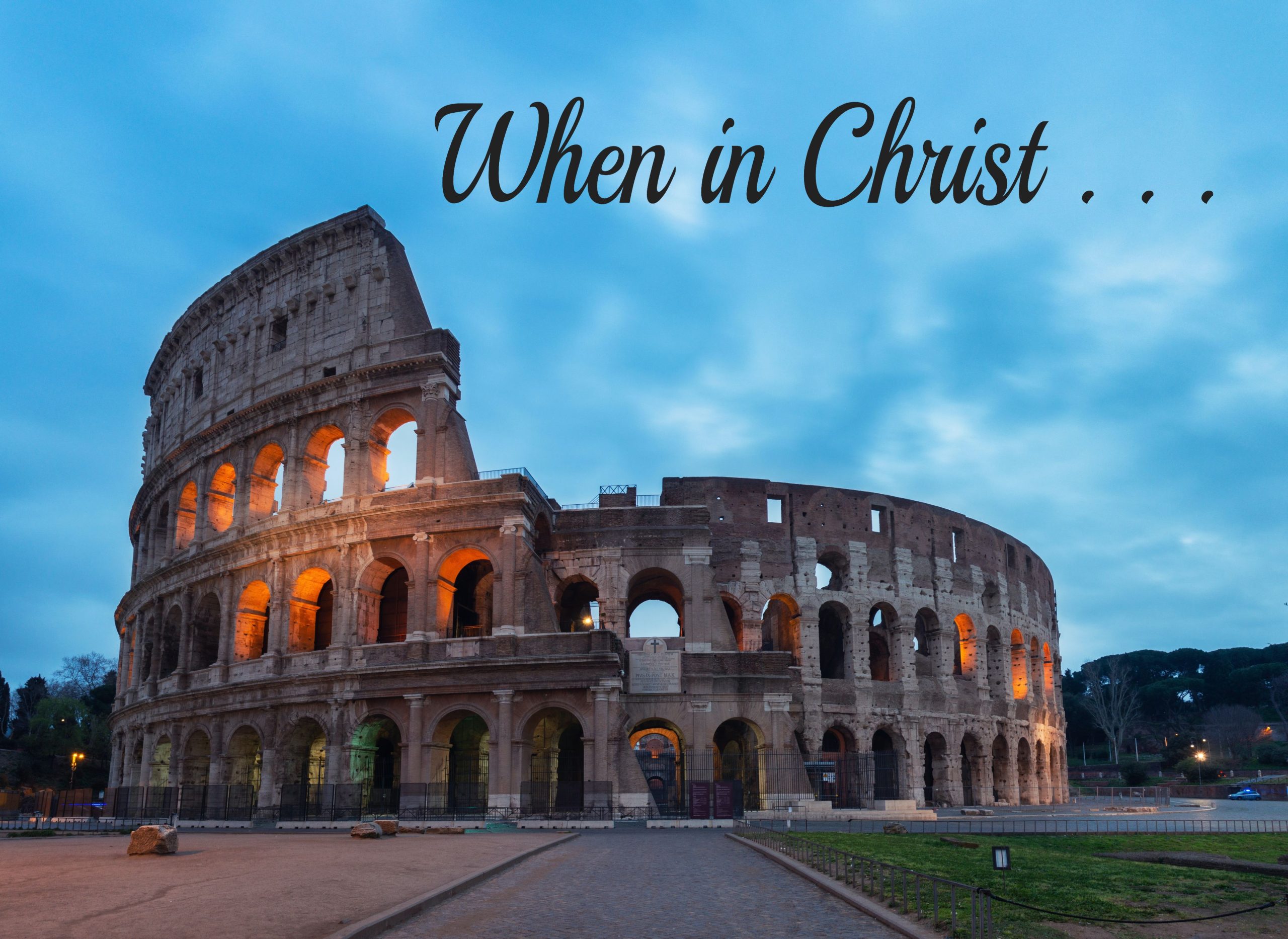 I watched a movie the other day where the dialogue included the phrase, “When in Rome….” If you’ve never heard that before, it’s short for “When in Rome, do as the Romans do,” referring to practicing the customs of the people around you.

How would a Christian apply this adage? Since we’re living in the world, we could “do as the world does.” Sadly some Christians do that. They’ve walked an aisle at church or said a particular prayer, profess to be a Christian, but nothing in their life changes. They’re still fitting into the world’s way of doing things. But our world is broken. Behavior that fits our dominant culture often contradicts the Bible’s instructions for how to live because this world is not our permanent home.

Another option is to “do as other Christians do.” But that isn’t always the answer, either. Even sincere Christ-followers will mess up again and again. When the apostle John wrote “If we confess our sins, he is faithful and just and will forgive us our sins and purify us from all unrighteousness. If we claim we have not sinned, we make him out to be a liar and his word has no place in our lives” (1 John 1:9-10), he was writing to Christians. We’re still tempted by the world, our own sinful desires, and of course, the devil.

The apostle Paul encouraged the recipients of his letters to “Follow my example, as I follow the example of Christ” (1 Cor. 11:1), which leads us to our third and best option.

What does it mean to be “in Christ”? Ephesians 1:3-14 gives us a good description:

3 Praise be to the God and Father of our Lord Jesus Christ, who has blessed us in the heavenly realms with every spiritual blessing in Christ. 4 For he chose us in him before the creation of the world to be holy and blameless in his sight. In love 5 he predestined us for adoption to sonship through Jesus Christ, in accordance with his pleasure and will— 6 to the praise of his glorious grace, which he has freely given us in the One he loves. 7 In him we have redemption through his blood, the forgiveness of sins, in accordance with the riches of God’s grace 8 that he lavished on us. With all wisdom and understanding, 9 he made known to us the mystery of his will according to his good pleasure, which he purposed in Christ, 10 to be put into effect when the times reach their fulfillment—to bring unity to all things in heaven and on earth under Christ.

11 In him we were also chosen, having been predestined according to the plan of him who works out everything in conformity with the purpose of his will, 12 in order that we, who were the first to put our hope in Christ, might be for the praise of his glory. 13 And you also were included in Christ when you heard the message of truth, the gospel of your salvation. When you believed, you were marked in him with a seal, the promised Holy Spirit, 14 who is a deposit guaranteeing our inheritance until the redemption of those who are God’s possession—to the praise of his glory.

Did you catch the number of times “in Christ,” “in him,” or “in the One” was mentioned? Eight times in twelve verses! We:

Forget “When in Rome.” Instead, what would happen if our behavior consistently reflected who we are “When in Christ”?

← Prev: 5 Steps to Reject Rejection Next: How Would You Describe Your Life? →