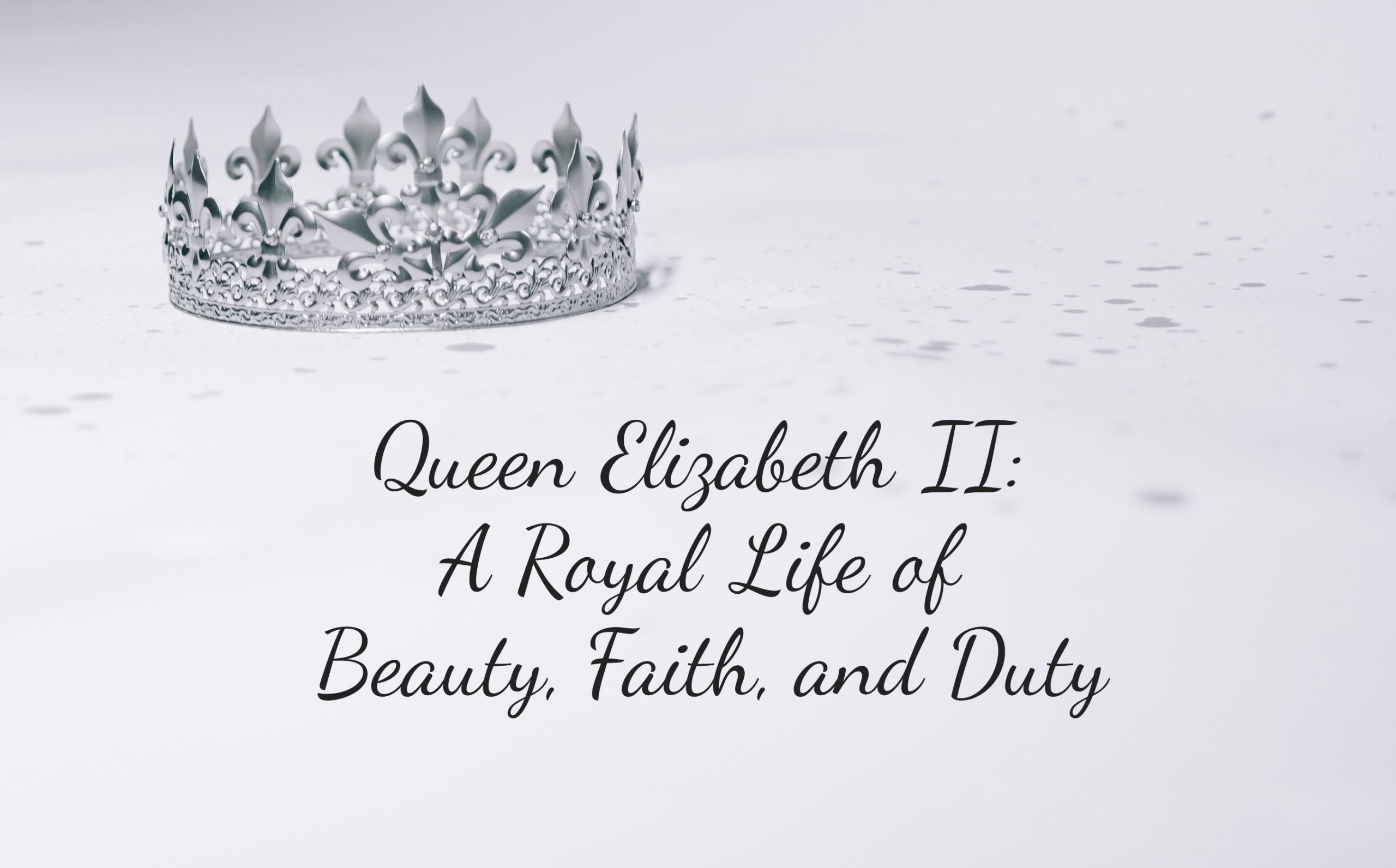 She provided leadership and continuity, not just for her nation or the larger commonwealth, but for the world. A queen, not only by birth and title, but in character. A combination of respect and beauty, faith and duty from the beginning of her reign to the end.

Even before she was crowned queen, Elizabeth’s faith and sense of duty were evident during her twenty-first birthday radio address in 1947, when she said,

“I declare before you all that my whole life whether it be long or short shall be devoted to your service and the service of our great imperial family to which we all belong. But I shall not have strength to carry out this resolution alone unless you join it with me, as I now invite you to do: I know that your support will be unfailingly given. God help me to make good my vow, and God bless all of you who are willing to share it.”

“Although we are capable of great acts of kindness, history teaches us that we sometimes need saving from ourselves—from our recklessness or our greed. God sent into the world a unique person—neither a philosopher nor a general (important though they are)—but a Saviour, with the power to forgive.”

During her seventy-year reign—the longest in British history—opportunities for scandal abounded. While scandal clung to several members of her family, not one attached itself to her. Queen Elizabeth II conducted herself with a level of integrity and morality not often seen in our world today.

Her death strikes us as if a light has been extinguished. A model of dignity. An example of faith. An illustration of duty. A person who didn’t need to command respect because she lived in such a way as to earn it.

Today, Queen Elizabeth II bows before the King of the universe in His throne room. She is no longer here, but we have an opportunity to step into the void. To be intentional about living a life of faith and duty. Our DNA may not be of an earthly royal line, but our heavenly Father is Sovereign over all and our Savior is the King of kings and the Lord of lords. Because of our royal spiritual heritage, we are able to fulfill what the apostle Peter wrote:

“Live such good lives among the pagans that, though they accuse you of doing wrong, they may see your good deeds and glorify God on the day he visits us” (1 Peter 2:12 NIV).

We celebrate the life of Queen Elizabeth II and we mourn her loss.
Now, will we accept the challenge to follow her example in how we live our daily lives?