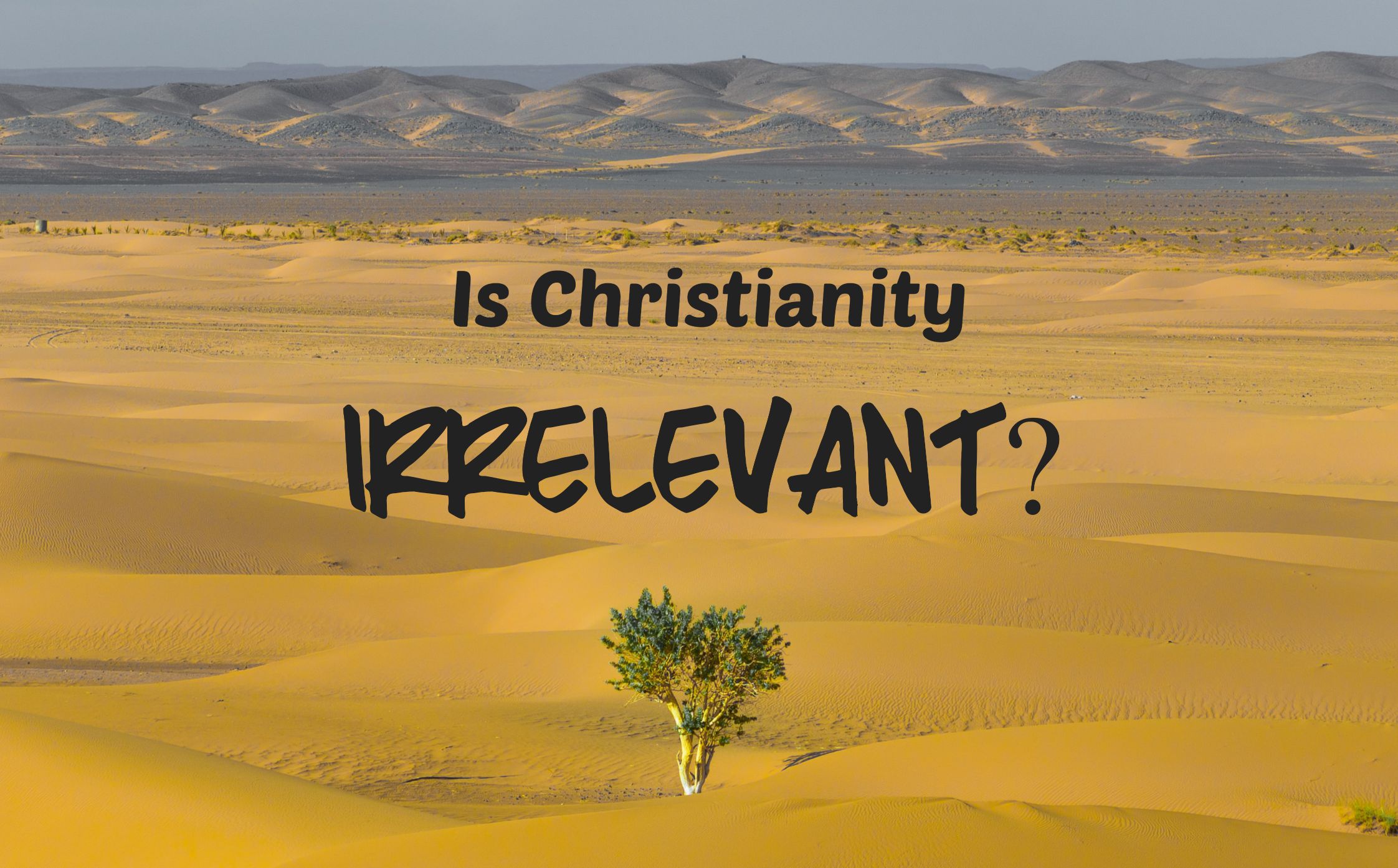 If you’re a Bible-believing follower of Christ, you’ve already answered this question with an emphatic “No!” If you’re not a Christian, or if you identify as a Christian because you attend church on Christmas and Easter, you might have answered “Yes, Christianity is irrelevant or at least on the way to becoming irrelevant.”

I recently read a powerful book titled Good Faith. The subtitle says it all: Being a Christian When Society Thinks You’re Irrelevant and Extreme.

The authors, David Kinnaman and Gabe Lyons, hooked me early in their book when they wrote, “Irrelevance happens when your interests and someone else’s don’t overlap . . .The other person may admire your passion but cannot relate to it.”[1]

Regardless of your personal convictions, it’s probably safe to say our overall culture has indeed declared Christianity to be irrelevant. Now before we point accusatory fingers at who we think is to blame, perhaps we should take a brief glance in the mirror.

If those around me admire my passion but cannot relate to it, how may I have contributed to this situation?

Compounding this problem is the view by a significant and growing segment of the US population that Christianity falls into the category of extremist beliefs.

To begin to change this perception, Kinnaman and Lyons observed, “We must be the people of God who, rather than being defined only by what we are against, are also defined by what we are for.”[2]

Of course, this doesn’t mean we don’t take a stand against sin, but that’s only half the story. God is holy, but He is also compassionate. He is just, but He is also merciful. When we limit our communication to half of God’s attributes, we create an idol—a false god—instead of describing God as He chose to fully reveal Himself.

So the next time we’re tempted to complain about how the culture sees us as irrelevant, let’s examine ourselves to see how we might be contributing to the situation!

← Prev: Overcomer or Overwhelmed? Next: Is God Your Co-pilot? →