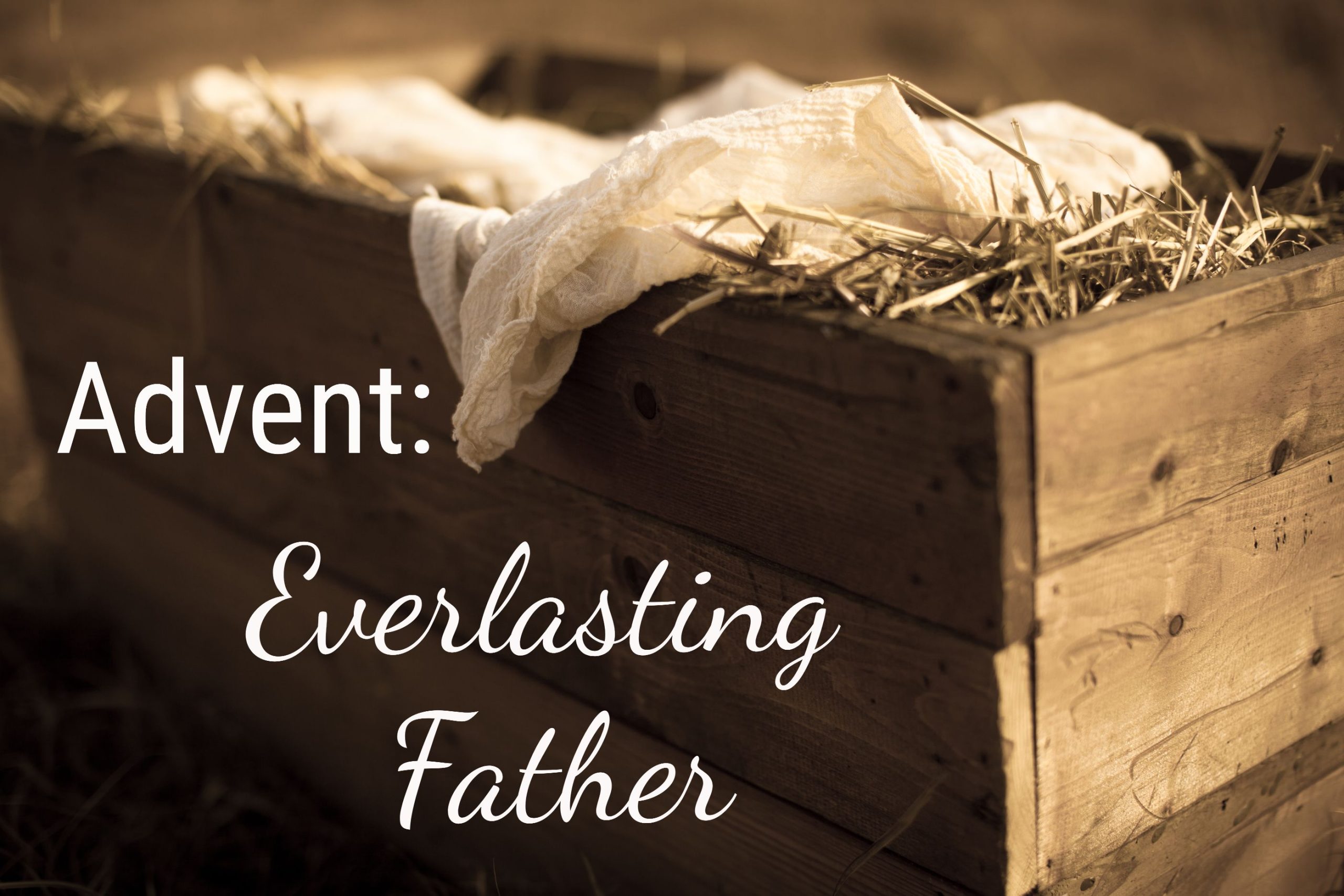 Father. A title that may evoke joy or sadness, blame or gratitude, depending on your personal experience. One thing it does not evoke is indifference.

Four weeks of Advent—four names of the Christ-child from the prophet Isaiah. And the third name is Everlasting Father.

“For to us a child is born, to us a son is given,
and the government will be on his shoulders. And he will be called
Wonderful Counselor, Mighty God, Everlasting Father, Prince of Peace” (Isaiah 9:6 NIV).

The baby whose birth we celebrate is the second person of the Trinity, eternal in nature. One with the Father, yet distinct from the Father. Contrary to what some may think, His existence did not begin in Mary’s womb.

How could He be God and with God at the same time? Only the Trinity explains it. Three Persons, but one God in essence. Easy to understand? No. Our finite minds struggle with the infinite. But our lack of understanding doesn’t negate the truth of His nature.

Jesus Christ, the Son of God, is eternal. With the Father before time began, active in the creation of all that is seen and unseen, redeemer of humanity. Isaiah called Him the Everlasting Father with the understanding that this baby would be the Savior who would care for His people better than any earthly father could ever care for his children.

Whatever your relationship is with your earthly father, know that Jesus Christ came to restore you to your perfect heavenly Father.

All wrapped up in a baby in a manger.