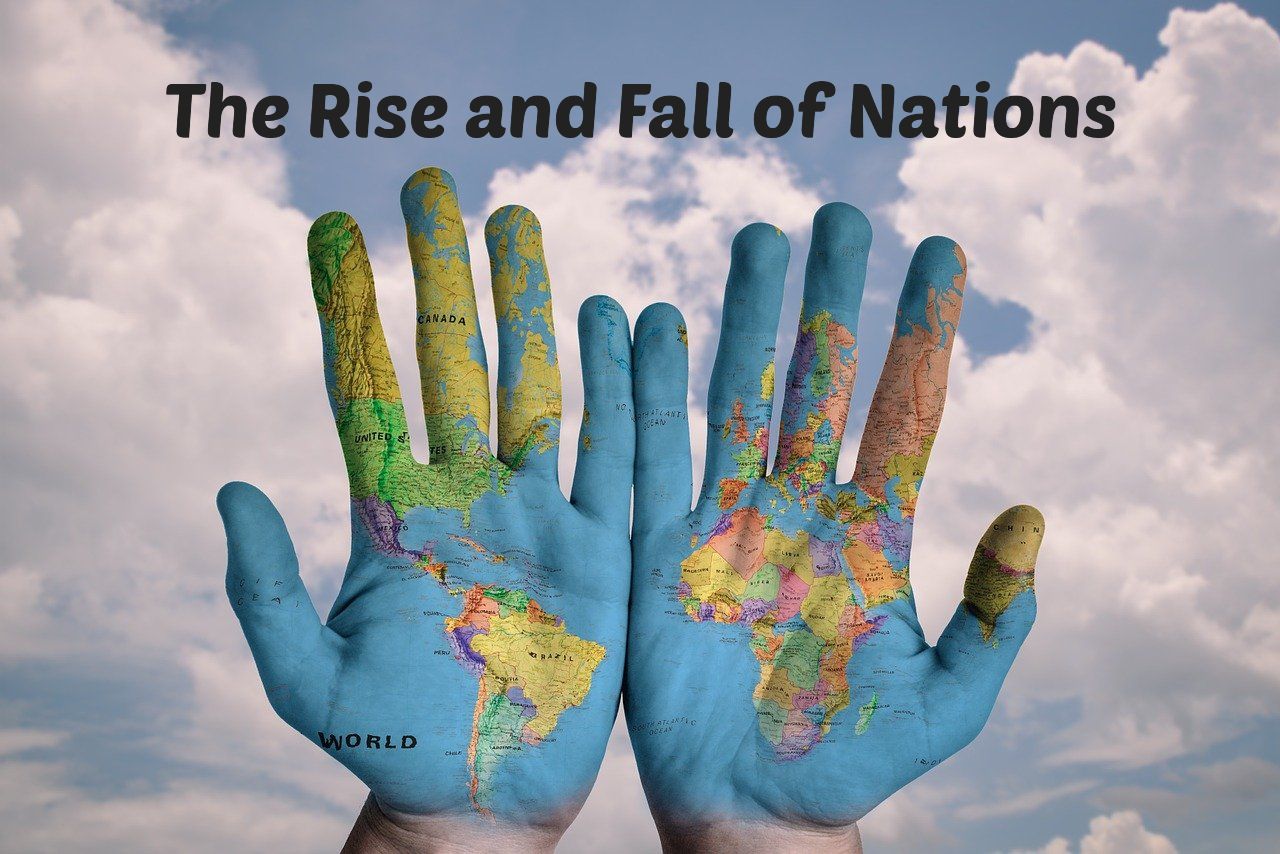 The Rise and Fall of Nations

It’s been happening for millennia. Countries grow into empires with increasing power reaching far beyond their original borders. But sooner or later each is replaced with another empire, bigger, stronger, and fiercer in their determination to be viewed as top dog on the world stage.

They fall like dominoes. Assyria conquered by the Babylonians in 600 BC. Babylonia brought low by Media-Persia. Media-Persia gave way to Greece. And the Greek empire replaced by the Romans. History books are filled with the rise and fall of nations.

But these cycles are not limited to ancient history. The past 300 years have seen the British empire wax and wane, while the Third Reich was a short-lived goal in the twentieth century. The development of nuclear energy has fueled the rise of superpower nations such as the United States, Russia, and China—all jockeying for positions of global influence.

Is this rise and fall of nations just a matter of chance? Is it merely the result of a global roll of dice? Or is it the intentional plan of a sovereign God?

Deism is the belief that God created the universe and set it in motion in accordance with predetermined natural laws. Then He stepped back without any further intervention or interaction with humanity.

El Elyon: The Most High God

The Bible tells us that in ancient times, beliefs about gods were based on an understanding that the gods were limited by geographical boundaries, tethered to particular cities or countries. However, one of the names of God revealed in the Bible is El Elyon, the Most High God. Earthly boundaries mean nothing to Him, for He rules over the nations (Psalm 22:28) and He turns the hearts of kings (Proverbs 21:1).

But His judgment on His people was never intended to be permanent. How to bring the exiles back to the land He promised to Abraham? Easy. God used the Media-Persian empire, who had conquered the Babylonians. The conquest policies of the Assyrians included exile of large segments of the conquered population. And the conquest policies of the Babylonians included uprooting the noble classes. But the practices of Media-Persia allowed conquered exiles to return to their land.

All of these empires were used by God to accomplish His purposes.

When the ancient Greek empire rose to world power one of their contributions was the establishment of a common language across national borders. And the Roman empire which succeeded the Greeks was known for its massive system of roads. A common language and a system of roads: both used extensively to spread the gospel across the known world by the early church.

What about more recent history? The British empire was instrumental in carrying the gospel of Jesus Christ across the globe. And the United States continued with a reputation of sending missionaries to the darkest corners of the world.

None of these nations and empires were without fault. In addition to positive contributions, terrible things were done through the centuries in the name of freedom and in the name of Christ. The Crusades and institutional slavery, are two prime examples of humanity’s failure to respect those of different cultures.

And what of our nation today? The United States has been around for more than 200 years, and a world power for 100 of those years. Still, our internal corruption and immorality seem to indicate that our nation’s power is waning. I don’t know the future of our country. Maybe we have another 100 years of influence. Maybe not. What I do know is that our nation will continue in a position of power only as long as God allows.

Political parties come and go. So do nations. As Christians, we remember our citizenship here is temporary. Our lasting citizenship is in heaven (Phil. 3:20). The solutions to the problems of our nation—and of the world—are not found in loyalty to a political party, but to a Savior who will someday return to rule and reign with true justice.

Until then, we trust that the rise and fall of nations—whether ours or any other—continues to occur according to the unfolding of history that is, indeed, His Story.

Do You Use Ad Hominem Arguments ?

Do You Use Ad Hominem Arguments?   Unless you recently landed on earth from Mars, you know we’re at the height...