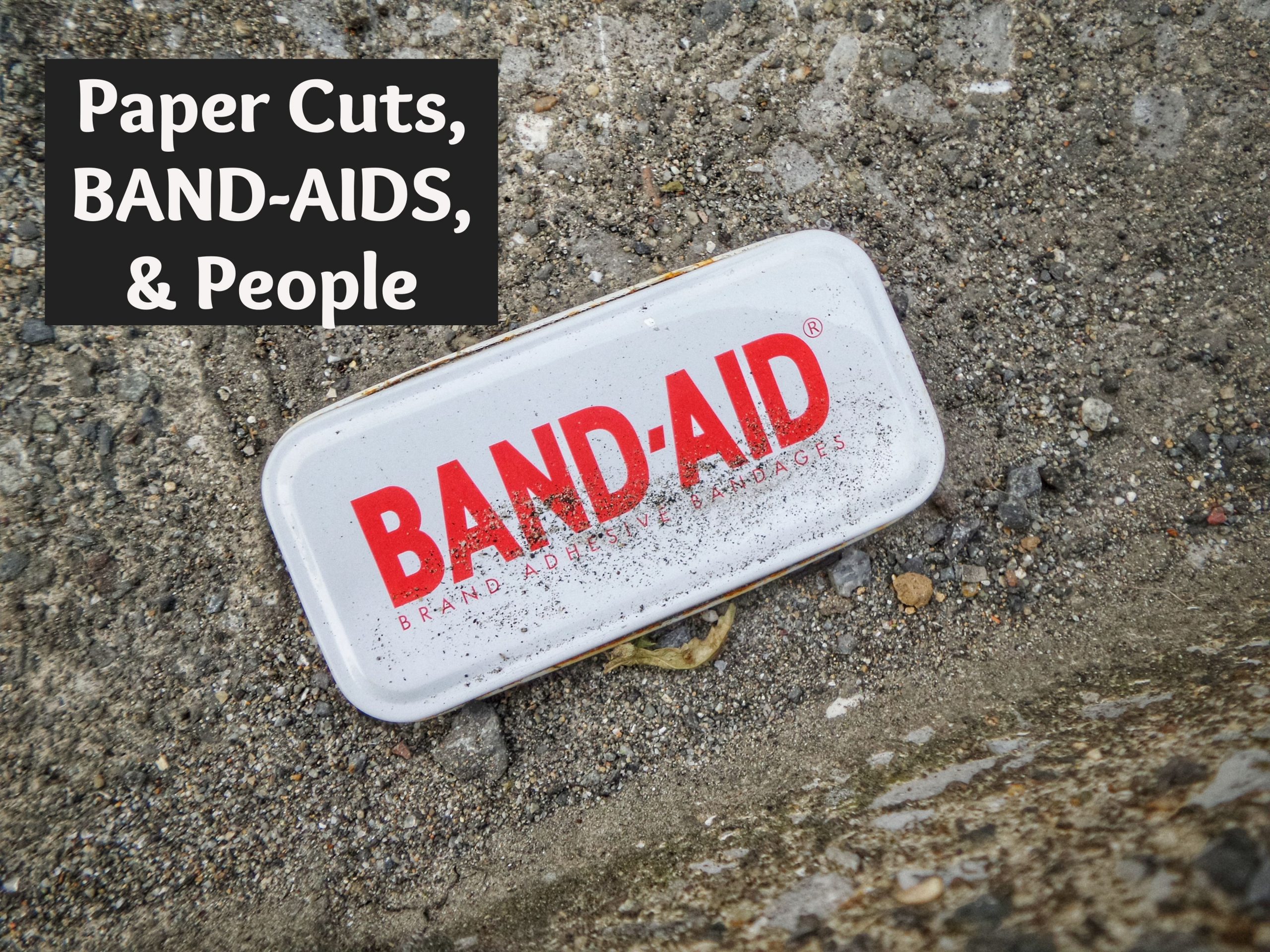 It was just a paper cut. And boy, did it hurt.

Not a huge problem, though. Compared to other injuries I’ve suffered over the years, on a scale of one to ten, this didn’t even make it onto the scale. I covered the cut with some first-aid cream and a band-aid and went on with my day.

By Day 3, the cut still bled when touched and the area around it was inflamed and painful. I saturated it with hydrogen peroxide (ouch!), then continued to cover it with first-aid cream and a bandage.

This continued for another week without improvement. Albert Einstein has been quoted as saying “The definition of insanity is doing the same thing over and over again and expecting different results.” I am living proof he was correct.

By Day 10, the skin around the fingertip had turned white from infection. A friend with a medical background called the area “angry.” Trust me, you don’t want any part of your body angry with you. She strongly recommended that I have a doctor take care of it. I finally did . . . two days later. Result: painful injections, cutting, and a prescription for antibiotics.

As I considered my painful finger, I wonder how many times I’ve behaved in a similar way with people. When others who are hurting share their pain, do I cover the problem with a few Bible verses, slap on a prayer band-aid and move on, leaving them with a festering, infected wound under the clean bandage?

There’s nothing wrong with sharing Scripture and prayer with hurting people. However let’s not do it in such a way that we become “hit and run” Christians. We can take the time to really listen and be present in the moment for others, or we can treat them like today’s “project,” only to shuffle them off tomorrow.

How will you respond the next time someone shares a hurt with you?