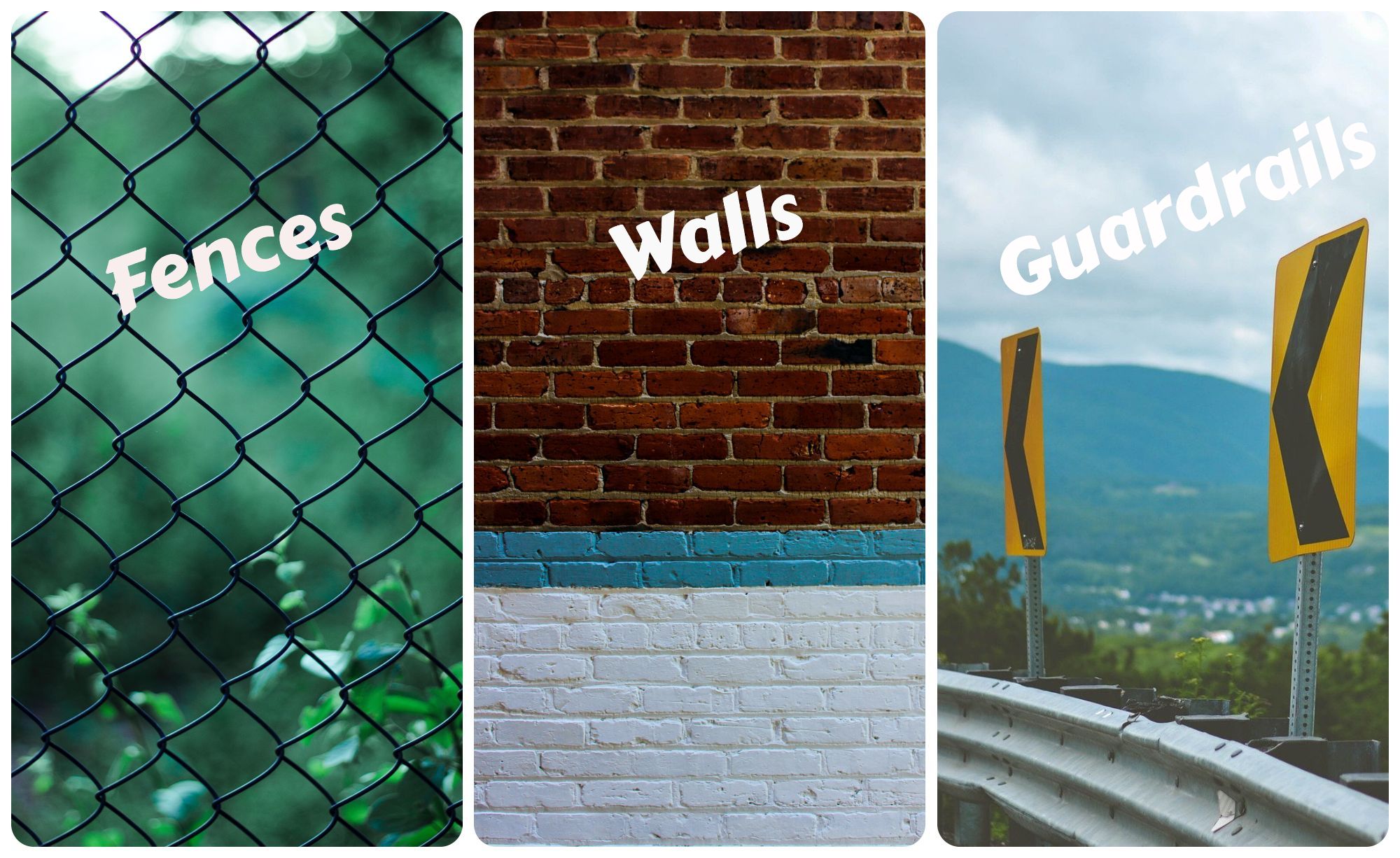 I’ve been thinking lately about fences, walls, and guardrails, and the way we can view each one.

A quote from a television program recently caught my attention, not because it was so good, which it was, but because it is so foreign to our current culture.

The episode was from the classic TV program: The Dick Van Dyke Show.[1] In this episode, Rob Petrie connects with an old college friend who has built an empire around a men’s magazine—basically a fictional Hugh Hefner. And this friend could not understand why Rob preferred his marriage to Laura instead of a world where a man’s every desire could be satisfied free from old-fashioned moral constraints.

“To some guys, those boundaries represent walls. And that makes marriage a prison to them.

“But to other guys, those boundaries hold everything that’s good and fun in life. And that makes marriage a Disneyland to them.”

That episode aired almost sixty years ago. More recently, I came across a contemporary meme describing a similar understanding: 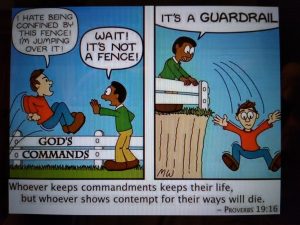 Our culture today is one that abhors any type of perceived restriction, especially in areas of morality. Absolute standards of right and wrong? Nonsense! We’re much too sophisticated for that—or so we’d like to think.

Nothing New Under the Sun

Reminds me of a verse from the Bible:

Hmmm . . . Solomon was right. there’s nothing new under the sun after all. It appears we’re not as advanced as we think. After all, this Bible verse, written thousands of years ago, is as apt a description of our culture as anything written today.

Restrictions don’t have to be prison walls. Or fences that keep us from good things. Sometimes those restrictions, much like the walls around Disneyland, protect the good things for us. Other times they act as guardrails to protect us from dangers we may not even be aware of.

I have an invisible fence around my yard. Invisible in the sense that it’s an electric wire buried six inches below the ground. When we first installed it, my dogs chafed at the restriction. But I knew something they didn’t have the ability to understand: freedom to run beyond the fence into the street could have deadly consequences. After a while, they didn’t even notice the boundary. Instead, they were free to run and chase each other with abandon within the boundaries that kept them safe.

What about you and me? When God says “don’t,” do we chafe at the restriction? Do we doubt His goodness as Eve did in the garden, thinking God is withholding something to be enjoyed? Or do we say, as the psalmist did in Psalm 119:

Fences, walls, or guardrails. How do you view God’s commands?