I love Christmas. The music, lights, and decorations. Trees with their ornaments, Christmas villages, and especially nativity scenes. Of all my Christmas decorations, my favorite is a large tabletop display that includes a manger set in the midst of a hustling, bustling Bethlehem.

A friend has a tradition regarding the nativity scene to remind her young family of the central focus of Christmas. She sets up the crèche with Mary, Joseph, the animals, and the shepherds. On Christmas morning, they read the Nativity story and one of her children places the baby Jesus in the manger. Then they sing a Christmas carol about the birth of the Savior.

Think about Christmas carols such as “Silent Night,” “Away in a Manger,” and “O Little Town of Bethlehem.” What do they have in common? A baby. Cute. Helpless. Non-threatening. Christmas overflows with images of a Babe whose first bed was a livestock feeding trough.

The images are there, but it seems the Babe in the manger is being pushed out of His own birthday. Why are people so against the One whose birthday we celebrate?

More Than a Baby

Because He did not stay a baby. Jesus grew up and went about His Father’s business. He stepped on toes. He pushed people’s buttons—especially religious people.

He’s still stepping on toes and pushing our buttons by touching the idols that compete with Him for our attention and worship. Even religious activities that make it easy to avoid intimacy with our heavenly Father.

Yet that’s the reason the Word became flesh. The God of the universe took human form—not as an adult, but as a helpless baby. Still, when Jesus was born, something happened beyond the simple birth of a baby. The infinite, sovereign, creator God chose to temporarily limit Himself within the body of a finite human being.

J.I. Packer wrote, “The Almighty appeared on earth as a helpless human baby, needing to be fed and changed and taught to talk like any other child. The more you think about it, the more staggering it gets. Nothing in fiction is so fantastic as this truth of the Incarnation.”

Charles Stanley put it this way: “Christmas is that moment in time when God, in His unconditional love, stepped out of heaven onto earth, in order that we might one day step out of earth into heaven.”

And C.S. Lewis wrote, “Once in our world, a Stable had something in it that was bigger than our whole world.”

Is Your Jesus Too Small?

But John, the gospel writer, tells us Jesus is both life and light. His light cuts through our darkness. Here’s another description of Jesus from Revelation 1:12-18 (NIV):

Among the lampstands was someone like a son of man, dressed in a robe reaching down to his feet and with a golden sash around his chest. The hair on his head was white like wool, as white as snow, and his eyes were like blazing fire. His feet were like bronze glowing in a furnace, and his voice was like the sound of rushing waters. In his right hand he held seven stars, and coming out of his mouth was a sharp, double-edged sword. His face was like the sun shining in all its brilliance.

When I saw him, I fell at his feet as though dead. Then he placed his right hand on me and said: “Do not be afraid. I am the First and the Last. I am the Living One; I was dead, and now look, I am alive forever and ever! And I hold the keys of death and Hades.”

Will you surrender to, and honor, the Son of God who entered this world as a tiny baby, but didn’t stay a baby? Then, during this Christmas season, will you purpose to tell someone else about your Savior?

We celebrate the birth of baby Jesus at Christmas, but He is more than a baby!

← Prev: Complaints About Christmas Next: They’re Not Just Christmas Carols → 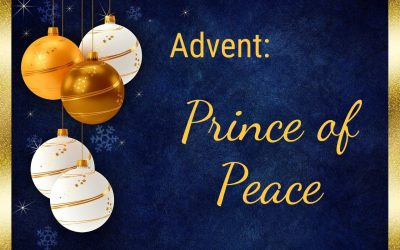 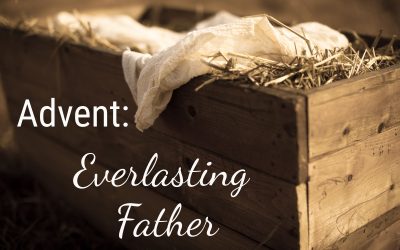 Advent: The Everlasting Father   Father. A title that may evoke joy or sadness, blame or gratitude, depending on... 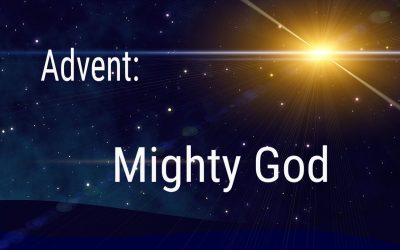