A sense of entitlement. We see it in political debates about whether certain government benefits are a “gift” or have been earned.

It shows up in marriages and other relationships as individual people focus more on their rights than on the relationship.

We see it in our culture as people promote their own “right to privacy” over the sacredness of someone else’s life.

We even see it in our relationship with God, although we don’t always admit it.

But a sense of entitlement isn’t a new wrinkle in human development. Way back when the ancient Israelites left Egypt, their sense of entitlement was as strong as ours today. First they complained about a lack of food. Well, okay, I can understand a desire for daily sustenance in the middle of the desert. But after a year of God miraculously providing daily food in the form of manna, they complained about a lack of variety!

That account started me thinking. How often do I carry a sense of entitlement into my relationship with God? Of course, I don’t call it that. Instead, I say things such as:

Why did this have to happen to me?

When is this suffering going to end?

Fair? Where did we get the idea that our Creator and Redeemer is fair? Think about it. Innocent animals died to cover Adam and Eve’s sin, pointing to the time when the perfect, sinless Son of God would die in our place for our sin. If a relationship with God were based on fairness, we would not have a relationship with Him at all. Instead, our future would hold nothing but judgment.

Fair is not the same as good. God is good. He is perfect. And He is sovereign.

Each time I complain about my circumstances, in effect I’m saying I know better than He does about what is best. That’s a bit arrogant on my part, isn’t it? My finite assessment versus the viewpoint of the infinite, sovereign Creator of the universe.

I may claim to trust God’s leading and provision, but I’m ashamed to say, too often I allow my situation to distract me from remembering His faithfulness. Like the ancient Israelites, I grumble and complain, not because I don’t believe He is Lord, but because I don’t like the circumstances my Lord has engineered for me.

The sense of entitlement I criticize in others is just as ugly in me.

The demand for my rights to be honored is just as conceited in me.

Worst of all, every time I complain about what the Lord has allowed in my life, I become arrogance personified.

But demanding what I deserve is not really what I want. Because if God were to give me what I deserve, it would mean living without the assurance of His salvation through Jesus Christ. The result would be spiritual death and eternal separation from Him. It would mean living without His indwelling Holy Spirit, His love, and His guidance, and everything else He provides to His children.

StumbleUpon
← Prev: The Cross and the Supreme Court Next: How Well Are You Known? →

Waiting in the Shadow of Tragedy

Waiting in the Shadow of Tragedy   Confession time: I don’t wait well. I’m impatient for good times to arrive.... 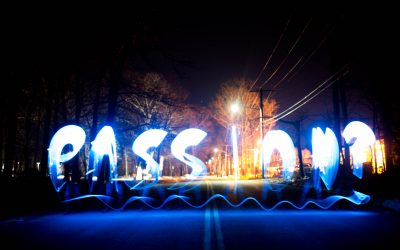 Misplaced Passion   Passion. Just how important is it? Because you see, passion can be a good thing . . . until...