Billy Graham died 2 weeks ago. Stephen Hawking died today. And this week, I Can Only Imagine releases in movie theaters.

What do these three events have in common?

Billy Graham was a well-known evangelist who spent his life sharing the gospel. His message was that God loves you and sent His Son to die for your sins to restore your relationship with Him. Rev. Graham was known as a gifted communicator, a “pastor to presidents,” and a man of integrity. His biggest fear was that He would do something to bring disrepute to the gospel of Christ. 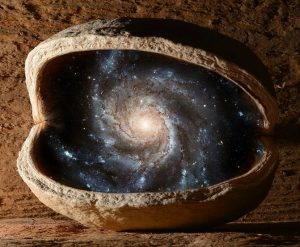 Stephen Hawking was a brilliant and well-known professor of theoretical physics. He spent his life studying the mysteries of the universe. His other claim to fame was being the longest survivor of amyotrophic lateral sclerosis (ALS). Also known as Lou Gehrig’s disease, a diagnosis of ALS generally leads to death within several years. But Professor Hawking defied conventional medical knowledge and lived with ALS for more than fifty years.

While both these men were exceptional in their own ways, their most significant difference was in the area of faith. Rev. Graham knew beyond any doubt that he was a child of God, redeemed by Jesus Christ. As he approached death, he confidently expected to be ushered into the presence of the God of creation.

Dr. Hawking was equally certain that there is no God. Of course, no one can know another person’s heart, but we do know what he said. In his words, “I regard the brain as a computer which will stop working when its components fail. There is no heaven or afterlife for broken down computers; that is a fairy story for people afraid of the dark.”

Which brings me to the movie releasing this week: I Can Only Imagine, a story of redemption, forgiveness, and transformation. The movie’s title, taken from the song written by Bart Millard (profiled in the film), refers to the anticipated response of believers when they stand before God in the afterlife.

I can only imagine.

I can only imagine the joy Billy Graham experienced when he first stood before his heavenly Father and heard the words, “Well done, good and faithful servant!” (Matthew 25:21 NIV).

And I can only imagine the horror Dr. Hawking experienced the moment he realized that, for all his brilliance, he got it wrong. There is an afterlife for both believers and unbelievers. And he will be face to face with the Creator of the universe as His enemy.

Because, you see, there is no neutral position before God. The Bible tells us “we were God’s enemies” before we were reconciled to Him in Jesus Christ (Romans 5:10). And Jesus said, “Whoever is not with me is against me” (Matthew 12:30).

Please, please, please don’t fool yourself into thinking that anyone can be neutral about their relationship with God. Choose Him and know a peace that passes all understanding now, and a certainty of eternity with Him later – a certainty you won’t have to imagine.

← Prev: Expectations vs. Expectancy Next: Seasons of Life, Jumping to Conclusions, and Worry →