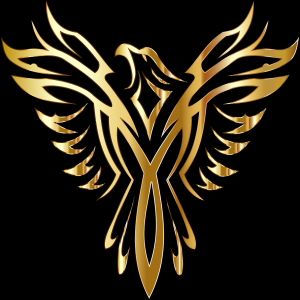 Watching the news this week reminded me of the phoenix.

Ancient Greek literature contains references to a phoenix, a beautiful bird that would live for hundreds of years, die in flames, and rise from its own ashes to live anew. Later references can be found in Dante’s Inferno as well as Shakespeare’s Henry VIII.

Of course, the phoenix is a myth. Still, anyone who has been paying attention to the news in recent weeks might have experienced a similar reminder.

It’s difficult to not think of a phoenix as we watched the celebration of Israel’s 70th anniversary as a nation. Now, 70 years may not seem like much in light of the history of other nations. Even the United States is a relative juvenile on the world stage compared to many European nations.

But Israel’s birth as a nation 70 years ago is not so much a birth as it is a rebirth. Approximately 4,000 years ago, God promised to give the land to the descendants of Abraham. Several hundred years later, Moses led the fledgling nation out of Egyptian slavery to take possession of their new homeland. That trek should have lasted 40 days. But because of unbelief, the Jewish nation wandered for 40 years before being led into the promised land by Joshua.

Various empires would repeatedly scatter the Jews from their land throughout history. It wasn’t until 1948 that Israel once again formally possessed the land promised to Abraham 4,000 years earlier.

From the moment Israel was reborn, neighboring nations determined to destroy her. This piece of land, slightly larger than the size of New Jersey, became the focus of hostility for all 70 years of her existence and continues today.

Sadly, the rebirth of Israel has also meant suffering for many displaced Palestinians. First, they lost the land they occupied for centuries when the Jews were a scattered people. And second, these refugees have become pawns in a political and religious war, a war in which many of the combatants demand nothing short of the annihilation of the Jews.

It’s a conflict almost as old as time…one that began with the birth of two brothers: Isaac and Ishmael. As Proverbs 18:19 (ESV) tells us, “A brother offended is more unyielding than a strong city, and quarreling is like the bars of a castle.”

Still, Israel remains. A national illustration of the phoenix, rising from the ashes of history to take and hold her promised place among the nations.

Israel’s 70th anniversary as a nation proves God keeps His promises to them and to us.

And that’s no myth.