“It was never intended to be a theology textbook,” they said.

“It will show people that God is love,” they said. 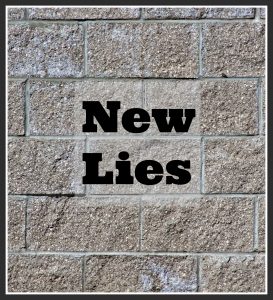 In the seven years I’ve been blogging, I’ve never written a rebuttal post. I write what I believe I’ve been called to write and then move on to another topic.

Last week, I wrote a blog post expressing concerns about the unbiblical theology undergirding The Shack. I noted that both fiction and non-fiction can influence us toward a biblical view of God or away from it.

Of course, fiction can espouse any theology the author wants. Or no theology at all. However, fiction marketed as Christian has an obligation to uphold a biblical worldview. If not, please don’t call it Christian.

Some readers felt that I (and others who raised concerns) overreacted. And that my response demonstrated a lack of love. Surely such a story was a blessing as it addressed the pain of suffering and drew people to a loving God. A few theological discrepancies weren’t that much of a problem, were they? Besides, the movie didn’t include some of the unbiblical statements found in the book, so that makes it okay, right?

For those who believe accurate theology in fiction is not important, here’s a newsflash. This week, the author of The Shack released a non-fiction book titled Lies We Believe About God. Yes. Non-fiction. In this book, which is already a bestseller in its first days of release, William Paul Young explains his theology—the same theology that framed his novel.

What are these “lies”? He lists twenty-eight. They include:

Yes, he identifies these statements as lies. Yet here are just a few of many Bible verses that refute these supposed lies:

To be fair, just as truth was mixed with error in The Shack, so is truth mixed with error in Lies We Believe About God. Some of the lies in this new book are, indeed, lies that should be exposed, such as the lie that “Death is more powerful than God.” But will readers be familiar enough with Scripture to separate fact from fiction in this non-fiction book that is supposedly Christian?

As someone once said, the easiest lie to believe is one mixed with a grain of truth.

Would you Eat This?

I’m reminded of the following story.

Two teens asked their father if they could go see a movie all their friends had seen. He read the reviews and denied their request.

“Why not?” they protested. “It’s rated PG-13—we’re both older than thirteen!”

Dad replied, “Because it portrays immorality, something God hates, as being normal and acceptable behavior.”

“But our friends told us those scenes are just a few minutes of the total film. It’s based on a true story and good triumphs over evil.”

The boys sulked on the couch. But then they heard sounds of their father in the kitchen and recognized the aroma of brownies baking. Soon their father appeared with a plate of warm brownies.

“Before you eat, I want to tell you I love you very much. That’s why I made these brownies from scratch with the best ingredients, like organic flour and free-range eggs.”

“But I must be honest with you. I added one ingredient that’s not usually found in brownies. The ingredient came from our own back yard. But don’t worry, because it’s organic. The amount is practically insignificant. Take a bite and let me know what you think.”

“The secret ingredient is organic…dog poop.”

“Why not? The amount of dog poop is very small compared to the rest of the ingredients. It won’t hurt you. You won’t even taste it. Go ahead and eat!”

“That’s the same reason I won’t allow you to watch that movie. You won’t tolerate a little dog poop in your brownies, so why should you tolerate a little immorality in your movies? We pray God will not lead us into temptation, so how can we in good conscience entertain ourselves with something that will imprint a sinful image in our minds and will lead us into temptation long after we see it?”

The theology of supposedly Christian books such as The Shack and Lies We Believe About God may not be immoral in the sense of the above story. But these books are as bad or worse. They mix truth with error as they mishandle the very nature of God under the guise of being Christian.

In the name of tolerance, are warnings such as this unloving? Legalistic? On the contrary. The most loving thing we can do is alert people to the danger of demeaning the nature of our holy, transcendent – and yes, loving – God.

StumbleUpon
← Prev: The Shack: Fiction Embraced as Fact? Next: Whose Job Is It? →