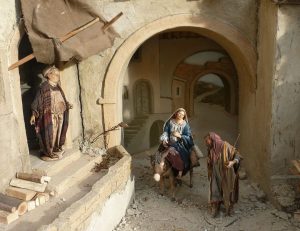 Are you unhappy with our current president? Perhaps you didn’t like the president before him. Complaints about political leaders have existed about as long as nations have had rulers.

Still, how we express our dissatisfaction says much about our worldview…and our view of God.

This is not as big a leap as you might think. That’s because we view our circumstances through the lens of our perspective of God.

When Christians curse their leaders, they’re forgetting the One who turns the hearts of kings (Proverbs 21:1).

Consider the pagan rulers included in the pages of Scripture. For example:

So what do Christians communicate when we get so worked up over political leaders that we destroy relationships with anyone who does not agree with us?

For one thing, we’re showing the world that we’re looking for salvation in political offices. And we’re communicating that even though we say God is sovereign, we don’t really believe it…that somehow His plans and purposes will be thwarted if our candidate is not elected.

Of course, we should be involved in the governance of our community and nation. At the very least, we should exercise our right to vote for trustworthy men and women who will lead with wisdom, honor, and courage.

But when our responses to political wins and losses begin to emulate children fighting in a sandbox, something is very wrong. We are free to disagree. But disagree without being disagreeable. When you’re in a political discussion with someone who supports the “other” side, would a bystander be able to discern if you are a Christian by your words, tone, and body language?

Romans 13 tells us to submit to governing authorities. We are to honor and respect those to whom honor and respect are due…if not for the individual, then for the office they hold. That doesn’t mean we agree with everything they say and do. Finally, we’re to pray for those who have authority over us (I Tim. 2:2).

Work to elect godly leaders who uphold a biblical worldview. Pray for the Holy Spirit’s discernment as you vote in each election. And pray for those leaders already in office. But don’t speak of the “other” party with language you wouldn’t use if Jesus were standing in front of you.

And remember, if it weren’t for God’s sovereignty over a certain pagan king in Rome, Mary and Joseph would not have fulfilled Micah 5:2….and we wouldn’t be singing “O Little Town of Bethlehem” this Christmas.

← Prev: Praying for Peace When Others Pray for War Next: Do Your Traditions Affirm or Distract? →