As we prepare to celebrate Independence Day, the birthday of our nation, a familiar question begs our attention:

On what foundation did the founding fathers build when they formed the United States of America? 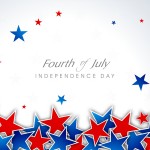 Christians will say the United States was formed as a Christian nation. Others deny this assertion as fanciful. Who is right?

Before you answer that question, consider the following quotes culled from Wallbuilders.

John Adams
(Signer of the Declaration of Independence, second president of the United States)

Samuel Adams
(Signer of the Declaration of Independence)

He called on the State of Massachusetts to pray that:

“The peaceful and glorious reign of our Divine Redeemer may be known and enjoyed throughout the whole family of mankind.”

“We may with one heart and voice humbly implore His gracious and free pardon through Jesus Christ, supplicating His Divine aid . . . [and] above all to cause the religion of Jesus Christ, in its true spirit, to spread far and wide till the whole earth shall be filled with His glory.”

Josiah Bartlett
(Signer of the Declaration of Independence, governor of New Hampshire)

He called on the people of New Hampshire:

“to confess before God their aggravated transgressions and to implore His pardon and forgiveness through the merits and mediation of Jesus Christ . . . [t]hat the knowledge of the Gospel of Jesus Christ may be made known to all nations, pure and undefiled religion universally prevail, and the earth be fill with the glory of the Lord.15

Elias Boudinot
(President of Congress, framer of the Bill of Rights)

“Let us enter on this important business under the idea that we are Christians on whom the eyes of the world are now turned… [L]et us earnestly call and beseech Him, for Christ’s sake, to preside in our councils. . . . We can only depend on the all powerful influence of the Spirit of God, Whose Divine aid and assistance it becomes us as a Christian people most devoutly to implore. Therefore I move that some minister of the Gospel be requested to attend this Congress every morning . . . in order to open the meeting with prayer.”

“The great, vital, and conservative element in our system is the belief of our people in the pure doctrines and the divine truths of the Gospel of Jesus Christ.”

John Dickinson
(Signer of the Constitution)

“[Governments] could not give the rights essential to happiness… We claim them from a higher source: from the King of kings, and Lord of all the earth.”

Based on the above quotes, what is your conclusion?

StumbleUpon
← Prev: Crime Doesn't Pay...Or Does It? Next: The Glad Surrender →

How Do You Celebrate Palm Sunday?

How Do You Celebrate Palm Sunday?   Hosanna! Blessed is he who comes in the name of the Lord! The crowds cheered....