A recently-released movie has brought the subject of prayer front-and-center. Yet even on the topic of prayer, Christians don’t seem to agree.

War Room has exceeded all box-office expectations. Many Christians view it as a much-needed call for believers to get serious about prayer. Individual lives, families, communities—even our nation and our world—are in dire need of divine intervention.

But some Christians believe the movie handled the subject of prayer in an unrealistic way. They are concerned that this particular movie appears to portray God as a cosmic Santa Claus or genie-in-the-bottle who magically responds to our every request if we are fervent enough in asking. Marriages restored, families healed, legal consequences skirted…all because someone made an impassioned plea to God.

That wasn’t my impression after seeing War Room. The main characters (spoiler alert if you haven’t seen it yet) were clearly willing to trust God regardless of the legal outcome. Which leads us to the biblical focus of prayer…

As the characters in this movie demonstrated, prayer does more than change our circumstances. Prayer changes us. Oswald Chambers once said, “We look upon prayer as a means for getting something for ourselves; the Bible idea of prayer is that we may get to know God Himself.” 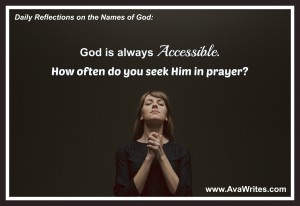 Sadly, I confess there have been too many occasions when I have spent time in prayer for the purpose of getting something from God, rather than getting to know God.

I’ve wanted Him to change my circumstances instead of changing me.
I’ve asked Him to bless my agenda instead of seeking His plans.
I’ve sought His hand instead of His heart.

The result? I’ve grieved His heart and missed His best for me.

Regardless of your opinion of War Room, I’m grateful for the reminder that prayer is not to be taken lightly. I must make it a priority. I have to be intentional about seeking God’s heart…and changing mine.

There’s nothing magical about prayer. But who needs magic when we have access to the Father’s throne room through the Son’s redemption by the Holy Spirit’s leading? Not me.

StumbleUpon
← Prev: A Peacekeeper or a Peacemaker? Next: What Do You Do With Halloween? → 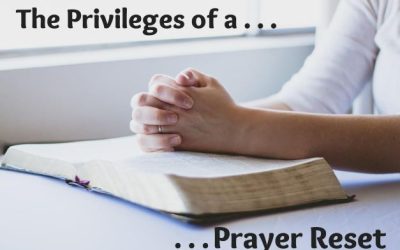