Dia de los Muertos, or Day of the Dead, is attracting more and more life these days. Historically a Mexican tradition, Day of the Dead celebrations are spreading across the United States.

This year, Dia de los Muertos will occur on November 1 and 2. But it’s more than just remembering those who have died. Those who celebrate it believe the souls of the dead may return to earth for a brief time. Celebrants build altars containing photos, mementos, party decorations, flowers, and favorite foods and beverages. Their hope is to encourage those souls to come and celebrate with them before returning to heaven. 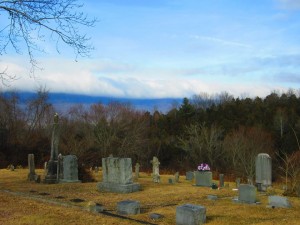 In comparing it to Halloween, one of the organizers of a large annual celebration in Hollywood Forever Cemetery has said, “Day of the Dead is becoming the cool holiday. Halloween is passé.” Last year, 35,000 people visited 100 altars and attended the activities there.

At the historic Mission San Luis Rey in Oceanside, California, friars from the mission blessed the altars set up in vintage cars in the church’s courtyard. But this “holiday,” which includes a blend of Aztec and Roman Catholic practices, has expanded beyond the Mexican community and even beyond honoring family members who have died. Altars have been constructed for family pets and celebrities such as Elvis Presley.

Corporate America has taken notice. Nestlé was a sponsor of last year’s event in Hollywood, including support of the largest Day of the Dead altar in the hopes of setting a Guinness World Record. Just this month, an animated movie was released based on the Day of the Dead—ironically titled The Book of Life. Even the science museum in Houston, Texas offered a teachers’ workshop to bring the subject into classrooms.

Why am I highlighting this “holiday”? Because it’s a somber reminder of the dangers that result when the gospel is corrupted by human traditions. A reminder of how far we can fall when we add anything to the Bible’s revelation of truth.

Remember the parable Jesus told about Lazarus and the rich man in Luke 16:19-31?

“There was a rich man who was dressed in purple and fine linen and lived in luxury every day. At his gate was laid a beggar named Lazarus, covered with sores and longing to eat what fell from the rich man’s table. Even the dogs came and licked his sores.

“The time came when the beggar died and the angels carried him to Abraham’s side. The rich man also died and was buried. In Hades, where he was in torment, he looked up and saw Abraham far away, with Lazarus by his side. So he called to him, ‘Father Abraham, have pity on me and send Lazarus to dip the tip of his finger in water and cool my tongue, because I am in agony in this fire.’

“But Abraham replied, ‘Son, remember that in your lifetime you received your good things, while Lazarus received bad things, but now he is comforted here and you are in agony. And besides all this, between us and you a great chasm has been set in place, so that those who want to go from here to you cannot, nor can anyone cross over from there to us.’

“He answered, ‘Then I beg you, father, send Lazarus to my family, for I have five brothers. Let him warn them, so that they will not also come to this place of torment.’

“Abraham replied, ‘They have Moses and the Prophets; let them listen to them.’

“‘No, father Abraham,’ he said, ‘but if someone from the dead goes to them, they will repent.’

“He said to him, ‘If they do not listen to Moses and the Prophets, they will not be convinced even if someone rises from the dead.’”

There will come a time when we shall see our loved ones who have died in Christ. We must wait, however, until the day set by God when:

“The Lord Himself will descend from heaven with a shout, with the voice of the archangel and with the trumpet of God, and the dead in Christ will rise first. Then we who are alive and remain will be caught up together with them in the clouds to meet the Lord in the air, and so we shall always be with the Lord.”
~ I Thessalonians 4:16-17

Let’s “run the race with endurance,” knowing our loved ones are watching (Hebrews 12:1) until the day when God decrees we will be caught up with Him and join them.

A better “Day of the Dead” will be when the dead will rise to be reunited with Christ. Now that’s a day to celebrate!

StumbleUpon
← Prev: Powerful Names Next: The Best Defense is a Good Offense → 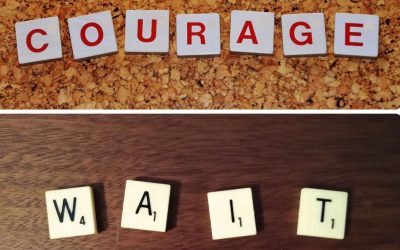