Remembering has been getting more difficult these days. Last week I spent twenty minutes looking for my car keys, only to find them on the drivers’ seat of my car. I’m constantly on the hunt for my eyeglasses, only to locate them…yup, on top of my head. Embarrassing admissions that I chalk up to “senior moments” – except I’m not a “senior”…yet.

Remembering is important. The people and experiences we remember contribute to who we are…and who we are becoming. Remembering enables us to learn from our mistakes. Philosopher George Santayana noted, “Those who cannot remember the past are condemned to repeat it.” Remembering also motivates us to do better. “Remember the Alamo” was the rallying cry for the Texan freedom forces following Mexico’s defeat of Colonel Travis’ army.

This week Americans are remembering something else. Saturday is September 11th—9/11—the ninth anniversary of the terrorist attacks responsible for the deaths of nearly 2800 people in New York City.

But what should this remembering lead to? Do we remember so that we can “give back as good as we get”? Do we remember in order to stoke hatred for others? Is remembering about keeping score, burning copies of the Qur’an (as is being planned by a pastor in Florida), or deciding whether  Muslims can build a mosque (the controversy raging in New York)?

Before I continue, it may help to point out that the Bible clearly defines different roles for individuals and for governments. It is the government’s responsibility to keep its citizens safe (Romans 13:1-4). However, as individuals we are called to walk in humility and forgiveness and to love our enemy (Luke 6:27-28). Granted, when we read verses such as these, it’s much easier to support them in theory than it is to apply them to those who have hurt or betrayed us, or who openly espouse our destruction. 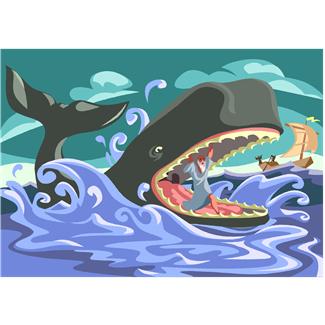 het Jonah struggled with the delicate balance between national defense and individual forgiveness. The ancient kingdom of Israel had to be on her guard against Assyria, a cruel enemy. Yet it was to this same enemy that God called Jonah to preach a message of repentance. Of course, Jonah did not want to go. He responded as many of us do when God calls us to do the hard thing—he ran in the opposite direction. The Assyrians deserved judgment, not forgiveness! When they repented in response to Jonah’s message, God chose not to bring judgment. Rather than being happy with the success of his mission, Jonah became angry with God (Jonah 4:1-2).

God is certainly not calling us to be foolish or naïve. Precautions must be taken for our safety and defense, and we rely on our government to do so. Of course, we should communicate our dissatisfaction when injustice occurs. And certainly, we can strongly protest the insensitivity and lack of wisdom in building a mosque so close to an area that still scrapes our collective and individual emotions raw with grief.

Still, personal hostility undermines and contradicts our Christian witness. Burning copies of the Qur’an may send a “message,” but what message does it send? That we are willing to stoop to the lowest levels of our enemies? That we are more interested in showing superiority than we are in sharing salvation?

Those of us who write, teach, or lead have been given the gift of communication—an ability to use words creatively or persuasively. We can honor God with this gift, or we can corrupt it to stoke the spread of hatred, making us no better than our enemies.

As we remember this terrible anniversary, let’s do it in such a way that honors those who died or were injured, while not dishonoring Christ, since we bear His name. It can be done, but only as we depend on the Holy Spirit for His enabling.

How will your remembrance of 9/11 reflect who you are as an American…and as a Christian?

StumbleUpon
← Prev: Is “Christian Yoga” an Oxymoron? Next: Money CAN Buy You Happiness! →