I recently submitted thirty-one devotions for a national ministry’s monthly devotional for their supporters. The batch I submitted last year had been well received, and I hoped for a similar reaction.

This time, the editor’s response was not quite what I expected. She

complimented the writing style and general content, but the majority of my submissions were missing one required point set forth in their writer’s guidelines.

She wrote to tell me she had corrected a portion of the batch, and apologetically asked if I wanted her to continue correcting the remaining devotionals or if I wanted to complete the edits myself.

As I read her email, I realized there wasn’t one thing wrong with this picture, there were several…

First, I should have paid more attention to the writers’ guidelines. Having had my work enthusiastically received last year caused me to become overconfident. I relied on past experience and failed to confirm that my work met her requirements before I submitted it this time.

Second, she was apologetic when she informed me of my error. This editor was considering the purchase of work that did not meet her standards, and had gone so far as to make many of the corrections herself, rather than ask me to do it.

r reluctance to hold me accountable surprised me. Then she said something that amazed me even more. Her reluctance stemmed from her experience that many writers take offense at the slightest bit of constructive criticism. They have responded to her with statements such as “Take it or leave it” or “God gave me these words so I’m not going to change them.”

I made the required corrections. She accepted the work and (cliché alert!) all’s well that ends well. However, this whole exchange caused me to think about other areas of my life.

How do I respond to constructive criticism from those around me? Do they see me as someone who arrogantly thinks she is always right or as someone who has a teachable spirit?

What about God’s instructions to me? Having read and studied the Bible for the past thirty years, have I become so familiar with God’s Word that I am overconfident about obeying what it says? Do I take God’s forgiveness so much for granted that my failure to obey His commands barely registers on my radar? Worse, do I rely on familiarity as a substitute for reading and studying on a daily basis?

What about you? When it comes to instructions – God’s or an editor’s (and no, they’re not the same!) – are you careful to read and follow, or do you presume that your past experience is a good enough guide?

When others offer you constructive criticism, how teachable is your spirit?

← Prev: Is God Ever Not Good? Next: Nurturing Relationships…or Not → 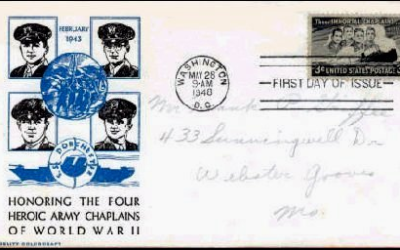 Four Chaplains, Four Lifejackets, and Courage   Courage was my “One Word” for 2021. So I’ve been especially... 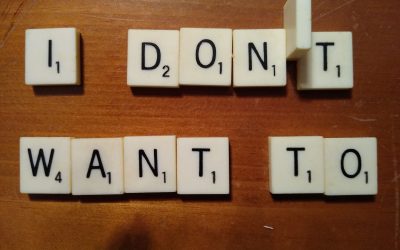